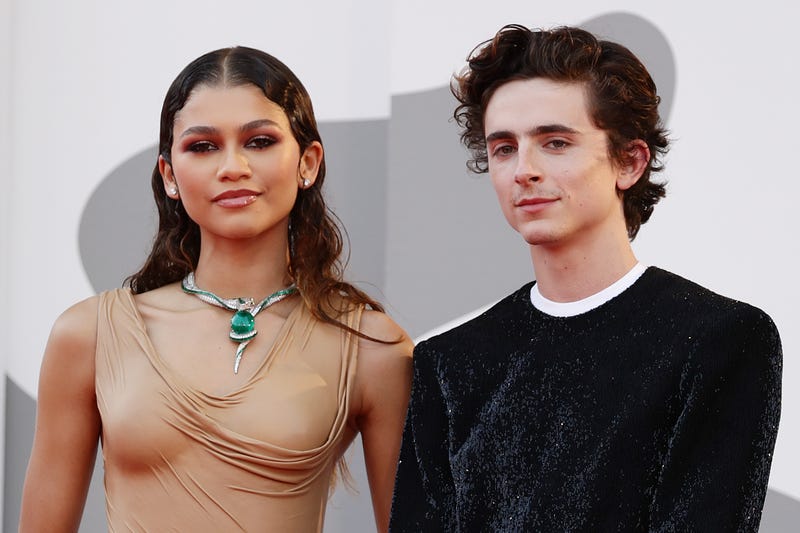 PHILADELPHIA (KYW Newsradio) — At the start of the COVID-19 pandemic, every major movie studio scrambled to push their big blockbuster releases back, hoping to wait out the catastrophe.

A few studios decided to try something different, releasing their big movies simultaneously to theaters and their proprietary streaming services. Needless to say, that caused a lot of commotion and strife, and we never heard the end of it.

One of those big releases is finally here after years of anticipation, but it isn’t the only thing this week. Some of television’s most talked about shows are returning, and one is closing out its premiere season. We’ve got your list of what to watch this weekend.

We think he was only half-kidding … we think. Devotees of Frank Herbert’s “Dune” novels have been clamoring for a big-budget do-over of David Lynch’s infamous 1984 misfire. Orlandini said that it only grew louder with the announcement of acclaimed director Denis Villeneuve (“Arrival,” “Blade Runner 2049”). “He’ll bring a focus on storytelling that the 1984 Lynch version missed,” said Orlandini, who plans on seeing it in a theater.

If you don’t want to venture out though, you’ll be able to stream it at home. Those of you with 70-inch and larger TVs, your time has come. Premieres Thursday at 6 p.m. ET on HBO Max and Friday in theaters nationwide. "Dune" (1984) currently streaming on HBO Max ... if you're curious.

A chauffeur is hired to ferry two L.A. party girls around to a number of locations, all by sunrise. You can probably guess why.

“Night Teeth,” starring Jorge Lendeborg, Jr., Debby Ryan, Alfie Allen and Megan Fox, looks like a cross between Michael Mann’s “Collateral” and Martin Scorsese’s “After Hours,” with a dash of “Fright Night.” In other words, a horrifyingly good time. Currently streaming on Netflix.

Netflix is bringing back “Locke & Key,” its adaptation of Joe Hill’s popular horror-fantasy comic book series. “Scandal’s” Darby Stanchfield plays a widow who moves her children into a mysterious house that contains various magical keys that plunge the family into an epic adventure and a struggle for survival. All episodes of season two premiere Friday on Netflix.

Speaking of an epic family struggle, HBO’s “Succession” finally returned for its third season. The Roy family members’ battle for power continues in the wake of a revelation that sends Logan and his circle into hiding. New episodes premiere Sundays on HBO Max.

Issa Rae’s “Insecure” has not only been a big hit for HBO, but an important show in terms of Black representation in television.

So for many, Sunday’s season premiere is bittersweet, as it begins the show’s final season. Issa and Molly try to figure out the parameters of their reformed friendship while looking back on how it all began at Stanford. Season five premieres Sunday on HBO Max.

Any new episodes of Curb Your Enthusiasm seem like cause for celebration, and this season seems like one fans have been waiting for since the start of the pandemic. It’s Larry David taking on pandemic life. We’re cringing already. Season 11 premieres Sunday on HBO Max.

In the shadow of “RuPaul’s Drag Race” lurk the Boulet Brothers in all their gory glory. “Dragula,” their horror-oriented competition series, jumps from Netflix to Shudder this season (following a special on Shudder, “Resurrection,” which allowed seven previous contestants to compete for a spot in season 4).

“Dragula” sees its contestants compete in costume and effects makeup challenges, and also in “extermination challenges” that force them to face their fears. These tests are as real as it gets — including stapling dollar bills to their flesh and playing real-life “Operation,” removing body parts from dead bodies while wearing shock collars. For drag devotees and horror heads, it’s frighteningly fabulous. Season four premiere and "Resurrection" special streaming on Shudder. New episodes premiere Tuesdays. Seasons two and three streaming on Netflix through October 31.

What would you do if aliens invaded Earth? How would you try to survive? Would you fight back?

The newest Apple TV+ series, from “X-Men” producer Simon Kinberg and starring Sam Neill, is the latest to ask and try to answer those questions from a number of perspectives around the world. Judging from the trailer, it’s going to be quite visceral and intense in doing so. First three episodes premiere Friday on Apple TV+. New episodes each Friday.

Only Murders in the Building

Hulu’s comedy-mystery series ended its first season this week. Steve Martin, Martin Short and Selena Gomez star as a trio of true crime obsessives who start a podcast to investigate a mysterious death in their tony Manhattan apartment building.

But the show is much more than its daffy premise suggests. Martin, as an actor still living down his best-known role as a TV detective, imbues his prickly comic persona with a deep loneliness. Short bounces off of him as a super-outgoing, taste-challenged theatre director with money problems. And Gomez shows off her own deadpan timing as a secretive young woman with mysteries of her own. First season streaming on Hulu.

A Halloween favorite for cult film fans, 1978’s “House” should be part of everyone’s October tradition. Based on an idea from director Nobuhiko Obayashi’s teenage daughter, “House” is cartoonish and zany, yet deeply unsettling.

A teen girl named Gorgeous resents her father’s new girlfriend, so instead of going away with them on a family trip, she opts to take her friends (all, like her, named after their dominant personality traits) out to her aunt’s country estate. It doesn’t take long for strange things to start happening, and for her friends to disappear one by one.

And when we say strange, we mean it. Furniture begins attacking one girl, another of them is attacked by a disembodied head, and let’s just say there’s a sequence with a piano that must be seen to be believed.

But there are real feelings in “House’s” foundation, which lend the quality of a particularly potent dream, the kind from which you spend all day recovering. “House” is like that, an outrageous dream that sticks with you for a long time after. Streaming on HBO Max and Criterion Channel. Criterion Channel includes special features from "House" Criterion Collection DVD/Blu-ray release.