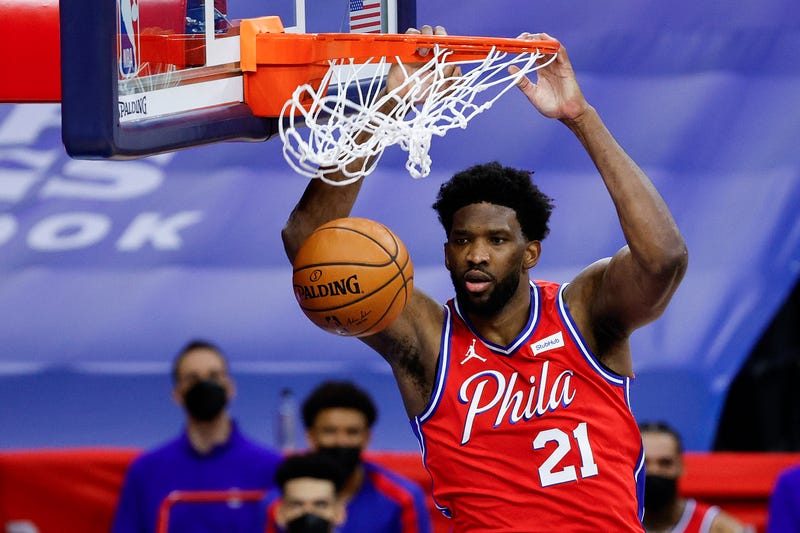 PHILADELPHIA (KYW Newsradio) — Though he and fellow 76ers star Ben Simmons have been ruled out of Sunday night's NBA All-Star Game, Joel Embiid will be donating $100,000 to help Philadelphia's homeless and food insecure.

Embiid had originally pledged to donate money won from the All-Star Game, win or lose. The winning team's members receive $100,000, while the losing team's players receive $25,000.

He and Simmons were pulled from the game early Sunday afternoon after contact tracing revealed the two of them were exposed to an individual who tested positive for coronavirus before they left for Atlanta.

"So many have fallen on such hard times during the pandemic," said Embiid.

Project HOME co-founder and executive director Sister Mary Scullion said the pandemic has been challenging and the money will put to good use.

"Thank you, Joel," she said. "We are just so happy that he is using his moment to shine to also shine the light on those who are struggling in our community."

The money will go towards providing 15,000 meals for homeless and underserved people, 4,000 clothing items donated to homeless teens and adults, and treatment of 1,000 people receiving COVID-19 vaccines.

"We see a critical need to redouble our efforts to address the needs of people who are living on our streets right now," said Scullion. "So we'll be using it to expand as much as we are able. Beds, for people on the street and to increase our outreach team in order to reach out even more especially in Kensington and in other areas of Center City, where homelessness is growing."

The money will also fund a six-week summer camp for over 50 homeless and at-risk young people and provide shelter over 300 teens facing homelessness and food insecurity.

"COVID-19 has had such an impact on the lives of so many vulnerable people," said the Sixers star. "I felt it was important to provide more support for individuals and families struggling."