PHILADELPHIA (KYW Newsradio) — It wasn't pretty, but the Eagles found a way to win against Carolina on Sunday. And for much of the game, the Eagles definitely didn't play well, but their defense kept them in it.

They were 30 minutes of football away from a 1-4 record. It would have been the second season in a row of having only one win through the first five weeks. However, despite trailing 15-6 at the break, the Eagles rallied in the second half against a beatable Carolina Panthers team and won 21-18.

Head coach Nick Sirianni told NBC Sports Philadelphia's John Clark after the game that he kept his cool at halftime.

"Because at that point, we knew we weren't playing good. We knew it wasn't going well," he said. "Shoot, I was contributing to us not playing good. I wasn't calling a good enough game, right? So, it was just about sitting there — everybody relax, everybody catch their breath, build on the momentum of the two-minute drive that we went and got points. I mean that was pretty incredible."

"That breathed some new life into us," Sirianni said. "[Now it was about] just getting to the solutions instead of throwing chairs and all that stuff. Although that might be in my nature to do, I didn't think that was the time to do it. It was just a good lesson that I learned a long time ago from my college coach." 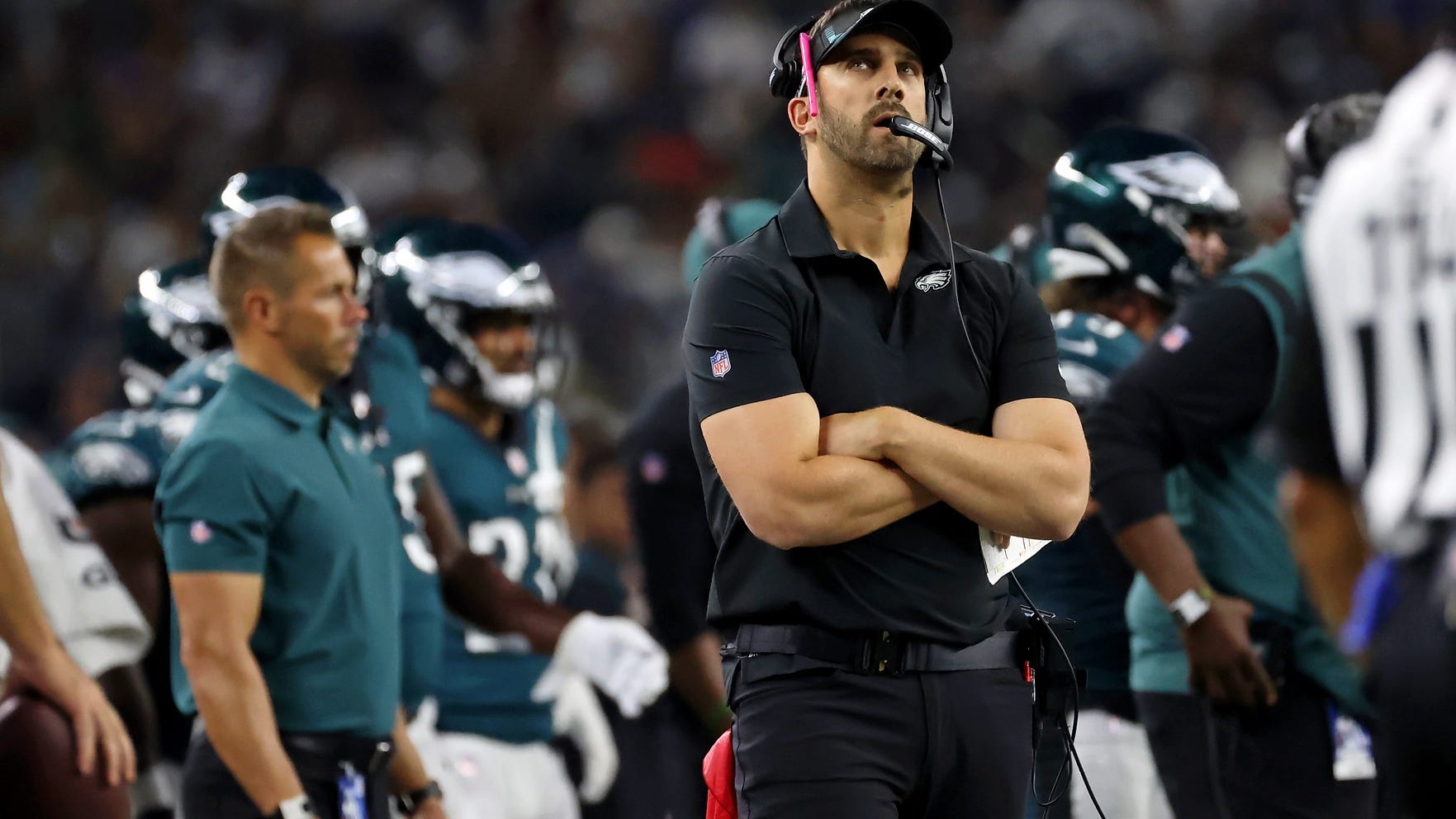