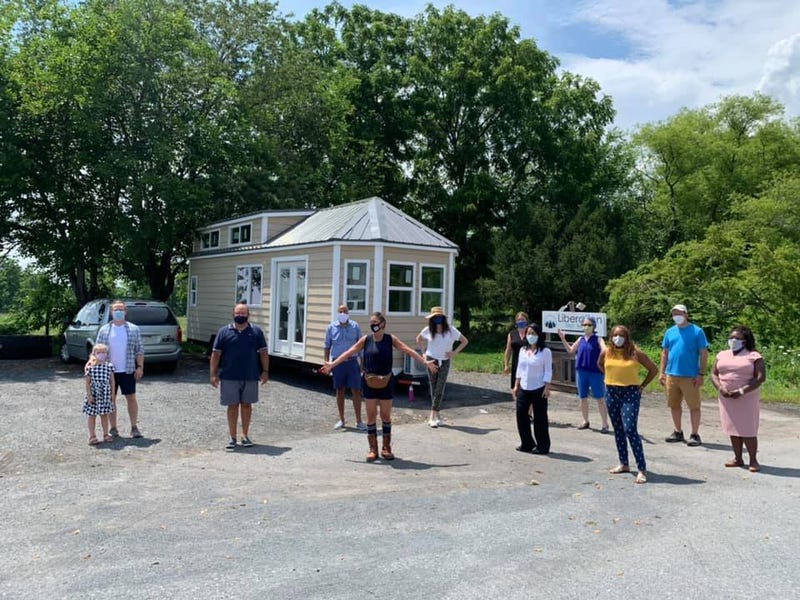 Stephanie Sena’s bid for tiny houses for the homeless in Mill Creek was rejected by the city, after years of researching and lobbying. The city went with a proposal from a larger developer. Photo credit Stephanie Sena
By Cherri Gregg, KYW Newsradio

PHILADELPHIA (KYW Newsradio) — For the past four years, Stephanie Sena has been researching and lobbying city officials to build a village of “tiny houses” for people experiencing housing insecurity. She traveled the world to find what she believed would be a good solution — and came up with a plan.

She spent time introducing the concept to Philadelphia City Council. She grabbed their attention when the issue of housing came up during negotiations over the homeless encampments along the Benjamin Franklin Parkway. Her organization submitted a proposal in response to a request from Philadelphia Redevelopment Authority (PRA).

“We only had three weeks to submit the proposal, but we were able to do it because we had been working on this project for years,” she said. “We felt that we had made progress when half of City Council came out.”

However, Sena will not be building the city’s pilot version of the tiny house project in Mill Creek. Her proposal was rejected.

“It does sting,” said Sena, founder and president of the Student-Run Emergency Housing Unit of Philadelphia. “We put in a tremendous amount of time and effort. But it’s just a hiccup. We will need to regroup.”

On Tuesday, Sena received an email from Angel Rodriguez, deputy executive director of PRA, saying “the PRA has determined that your bid did not meet threshold requirements.” She was crushed.

“It is disappointing that either that it’s not going to happen or someone else is going to move forward with the project that we’ve worked on for years,” she said.

MDP focuses its work on revitalizing marginalized communities and building in ways that help those communities thrive. In recent years, the group has won several big projects, including the cornerstone portion of the Philadelphia Housing Authority’s Sharswood Redevelopment Project. Their part includes the $52 million effort to redevelop the west side of Ridge Avenue.

“We know how to build tiny houses,” said Reaves. “We have experience in this area and are ready to contribute.”

MDP’s vision is to build a row of 750-square-foot homes that include a kitchen, bathroom and two bedrooms. It’s very different from tiny house projects in other areas, which typically range from 300 to 450 square feet.

Reaves said this is the first time a tiny house project will be built in Aspen Street in the way they propose. Their next steps will be to submit their proposed designs, get serious about pricing and reach out to the community.

“Whatever we do, we will continue to fight until our dying day for all of our neighbors to have safe, acceptable and affordable housing,” she said.