Director Kathryn MacMillan says the show focuses on the challenges of competing as an athlete while you're still growing as a teenager. And there is drama in high school sports, so it's the perfect setting for a play.

"It's about two teenage championship fencers, both of whom are young women, navigating growing into women's bodies — and the American high school — and elite competitive sports," said MacMillan.

"And also, they're teenagers, so their brains aren't fully developed. … So they're also navigating emotional intelligence, in a way, that they make the same mistakes we all made when we were sophomores, juniors, in high school.”

MacMillan says there's plenty in the show to resonate with non-athletic types, too. There are plenty of challenges to remember from high school.

"And it's about that tension that sort of lives in us and teenagers, as we're so afraid of making a mistake and putting ourselves out there that it can inhibit forming real and deep relationships.”

The play is a comedy, she explains, and it deals with all of these things comedically.

“There's throughout just this laughter of recognition — like, ‘Oh, yeah. I remember that. I'm not going back there.’” 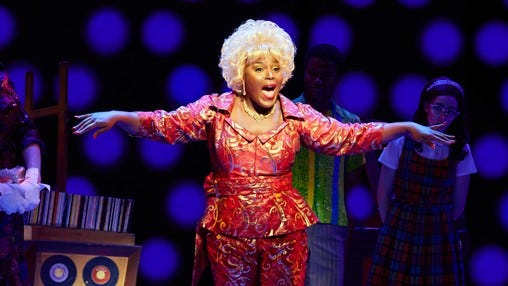 For the real fencing sequences in the show, the actors had to go through rigorous physical training.

The director says it was fun to watch the actors build up their capacity over the weeks of rehearsal and training, as she added more physicality into the play. A week or two ago, she said, she asked them, “‘Hey, do you think you can act while in side plank?’ So it's gotten to a point I'm shameless about exploiting their physical excellence for drama."

You can see that physical excellence at Theatre Horizon in Norristown through June 5.