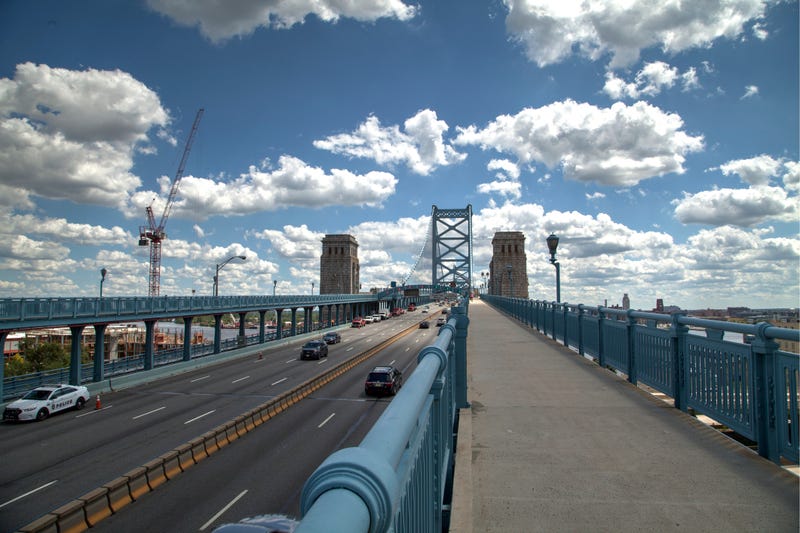 PHILADELPHIA (KYW Newsradio) — A federal grant may lead to a smoother ride for drivers on the Benjamin Franklin Bridge.

The three inner lanes were milled and repaved last year. Bill Shanahan, the DRPA’s director of government relations, told the board that the Authority took advantage of last year's drop in traffic to do that work.

"Early on in the pandemic, our adept and able engineering department was able to use the downturn in traffic to do the inner lanes – to resurface the inner lanes of the Ben Franklin Bridge. This grant allows us to complete that larger project on the outer lanes," Shanahan said.

Shanahan said DRPA engineers believe the $3 million should be enough to cover the entire cost of the remaining work.

"I know I am excited about this one," said DRPA board chair and City Councilmember Cherelle Parker.

She noted that many agencies were vying for the FHA grants.

"It was highly competitive," Parker said. "We talked to colleagues in other regions and local and regional agencies, so you guys are to be commended."

The paving project is expected to begin in October or November.