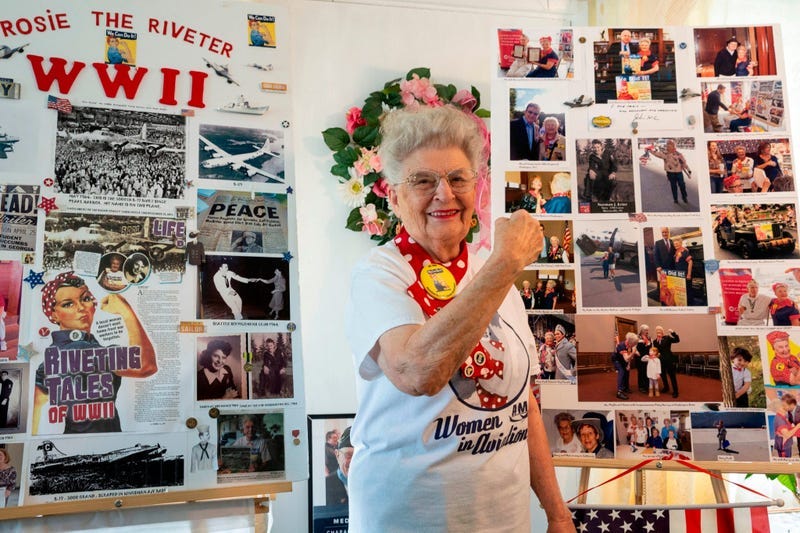 PHILADELPHIA (KYW Newsradio) — The bill that will finally honor "Rosie the Riveters" was signed into law. The effort began decades ago in Pennsylvania.

At 94, Mae Krier can breathe a sigh of relief.

The Levittown resident was just a teen when she began building B-17 and B-29 war planes at a Boeing factory — one of the millions of women who helped with the World War II effort at home while men fought overseas.

“Up until 1941, it was a men’s world. They didn’t know how capable American women could be. And I’ll tell you, in a lot of ways, we were better than the men,” she added.

Krier was in her 60s when she began her effort to get Rosie the Riveters awarded the Congressional Gold Medal, the nation’s highest civilian honor. 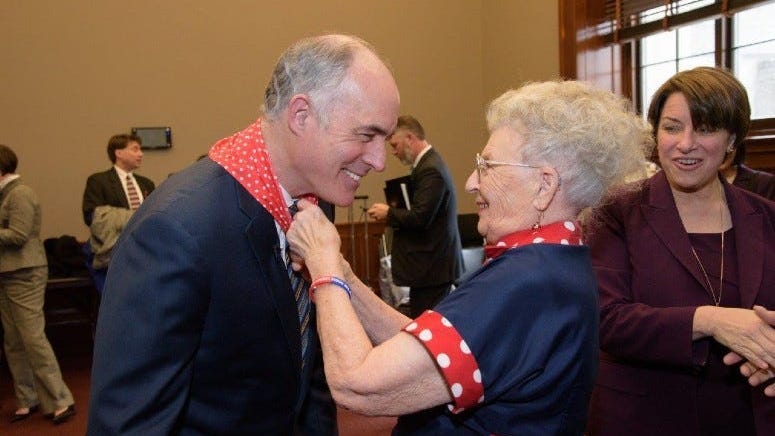 “We’ve waited a long time for this,” Krier said.

“Mae is one of those unsung heroes,” said Democrat Sen. Bob Casey, who led the effort to pass the Rosie the Riveter Congressional Medal Act in the Senate. Republican Congressman Brian Fitzpatrick led the House effort, which took two years. And now, it’s law.

The U.S. Mint will be designing the medal.

Casey said they want the medal to be reflective of the diversity of Rosie the Riveters.