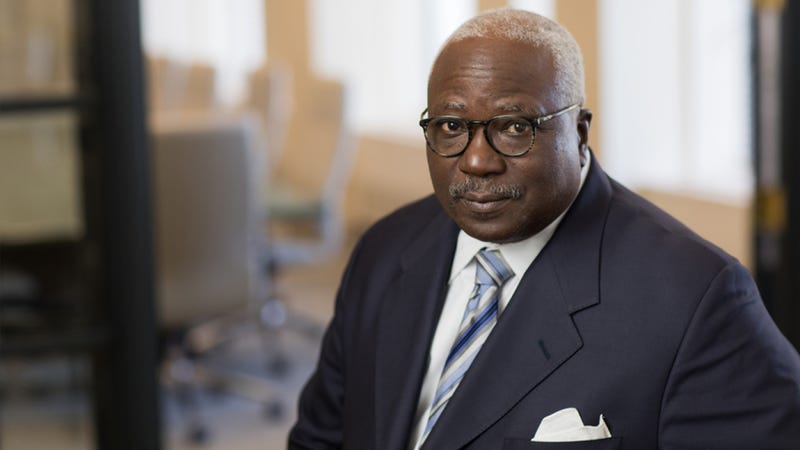 PHILADELPHIA (KYW Newsradio) — The new president of the Board of Directors of City Trusts will gavel in for the first time this week following his historic election. Bernard Smalley will be the first African-American to lead the board in its 151-year history.

Smalley was unanimously elected as board chair. The agency oversees 119 charitable trusts bequeathed to the City of Philadelphia, including Girard College and Wills Eye Hospital.

“It’s really an exciting time for me to come into the presidency,” he said.

Born and raised in West Philadelphia, Smalley started out cutting hair in his father’s barbershop. He was influenced by some of the brilliant legal minds that frequented the shop, including William H. Hastie, the first African-American to serve as chief judge of a U.S. court of appeals; Ronald Davenport, who became dean of Duquesne University School of Law; and H. Patrick Swygert, a president of Howard University.

Smalley took over his father’s shop after his untimely death, all while attending Temple University. He eventually went on to law school at Widener University.

Fast-forward, and Smalley is a highly respected trial attorney who has been named a Pennsylvania Super Lawyer multiple times over the course of two decades.

Smalley was a partner at the Anapol Schwartz law firm for nearly 30 years before becoming a partner at Raynes Lawn Hehmeyer in 2016.

“The city has been good to me,” he said.

Smalley is used to being a part of noteworthy boards — he sits on the boards of the Urban Affairs Coalition, the Widener University Delaware Law School, the Ellis Trust for Girls, The Mann Center for the Performing Arts, and The Philadelphia Tribune. Now, he will lead City Trusts at a critical time.

“We’re impacting lives beyond us,” he continued. “At some point, I’m not going to be here, but because of what happened with the board’s approval and its push, lives are created and positively impacted going forward — that’s a big deal.”

When he gavels in on Wednesday, Smalley said he will step into this lifetime appointment with a sense of pride and responsibility.

“To pay back those folks on whose shoulders I stood, now it’s my turn to have some folks stand on mine,” he said.

Featured Image Photo Credit: Board of Directors of City Trusts