PHILADELPHIA (KYW Newsradio) — There has been a lot of fallout this week surrounding the city’s botched coronavirus vaccine rollout plan with Philly Fighting COVID. The group CEO’s admitted mishandling of vaccines has some community leaders outraged, with many wondering how the already frayed trust between communities of color and health officials will be repaired.

Black Philadelphians have only received about 10% of the city’s vaccines, though they make up nearly half of the population, according to city data.

Tyrique Glasgow runs a nonprofit called the Young Chances Foundation in the Grays Ferry area of South Philadelphia. He said Philly Fighting COVID promised to bring a clinic to his community to help vaccinate people, and thousands from the area signed up.

Now that the city has ended its deal with PFC after concerns over the group's handling of user data, and following added controversy after 22-year-old founder Andrei Doroshin admittedly took vaccine doses home to administer to friends, Glasgow is wondering how long the people he serves will have to wait for their first dose.

“We were used again and we’re being left behind so we are trying to pick it up and trying to figure out how we can repair our community again in this broken system,” he protested. 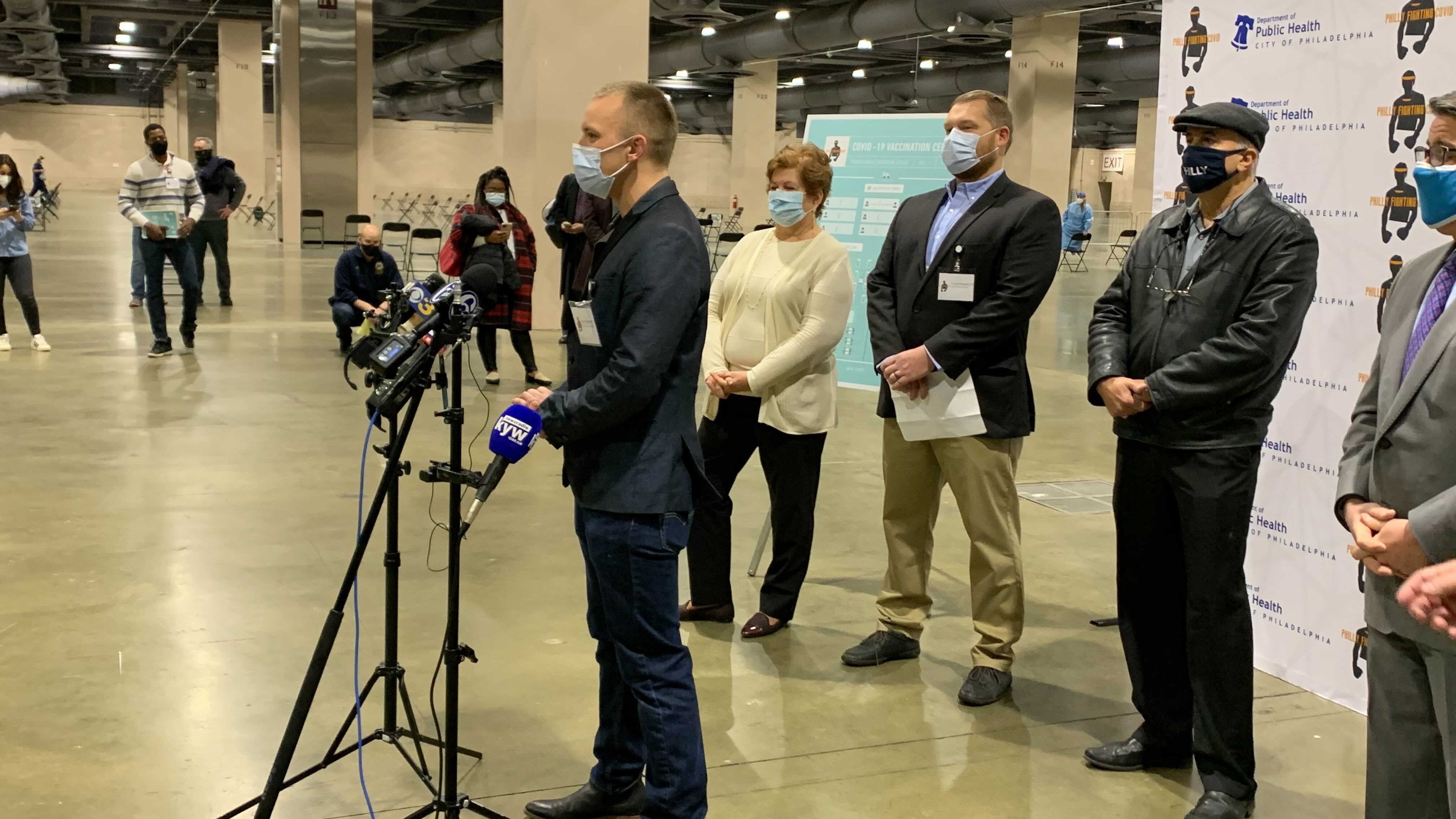 In a statement released via Instagram, Doroshin said, “From Day 1 our goal was to help as many people as we could and ultimately eradicate the virus...We have always intended on scaling up the number of clinics to eventually vaccinate more people (we have been working for months on plans to scale-up vaccinations and have shared them with the city) and money is needed to do that.”

Many have questioned why the Black Doctors COVID-19 Consortium, which had already developed a trust and rapport for delivering essential COVID-19 testing and to Black and brown communities, was only given 1,500 doses compared to the larger contract with PFC.

Mayor Jim Kenney has called for an investigation into the decision to contract with PFC and for leftover doses from the organization to be given to the Black Doctors Consortium and other nonprofits. For Glasgow and many others, that’s not enough. He called for Health Commissioner Dr. Thomas Farley to step down.

“Dr. Farley needs to resign. It’s really a disservice to the city of Philadelphia and the most vulnerable within our community,” said Glasgow.

He’s asking for accountability and transparency from the city on what went wrong with PFC and how they plan to fix it.

“The same way that the White House is having their daily briefings, I believe that the city of Philadelphia needs to take on that same task and allow our community to understand what’s going on and how they can get those resources handed to them immediately,” said Glasgow.

Philadelphia Department of Public Health spokesperson James Garrow says he doesn’t know of the Young Chances Foundation or any promises made to them. He says they’re strongly encouraging all Philadelphians to register on the city’s official vaccine interest page, so they can be notified immediately when a dose is available to them.