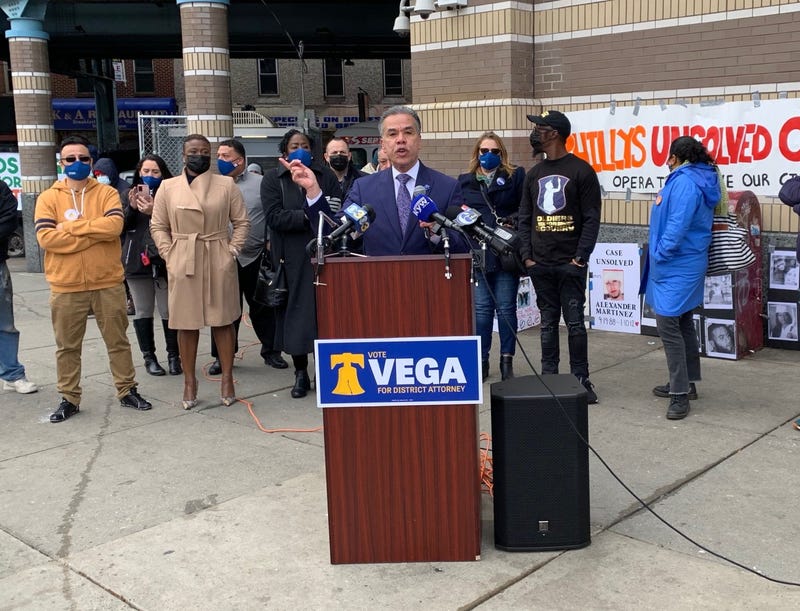 As police cars screamed by, lights flashing, Vega charged his opponent, incumbent Larry Krasner, with contributing to the chaotic scene around him by failing to prosecute an array of crimes in the last three years.

“This is a consequence of the ineffectiveness, of the poor quality, of the failure of Larry Krasner,” he said, pounding a podium set up on the sidewalk. “Our children are dying. Our future is dying. Our city is burning.”

As the incumbent Democrat, Krasner should be the clear favorite in the May 18 primary, but the election is shaping up to be more competitive than expected. That fact was underscored, last week, when the Democratic City Committee took the highly unusual step of declining to endorse Krasner. Committee chairman Bob Brady said a lot of ward leaders wanted to endorse Vega.

Vega is leaning into his improving odds, promising more campaign events like the one in Kensington, now that vaccines are available and the weather is improving. He says he has support from a wide array of voters.

“It’s a coalition of people bound by one common thing: to be safe,” he said.

The Fraternal Order of Police, Krasner antagonists from the outset of his term, were early backers. But in Kensington, Vega was joined by a small businessman and families of crime victims.

“Carlos Vega cares,” said Elena Garcia, the mother of murder victim Alejandro Garcia. “He has compassion. He cares about the victims in Philadelphia.” 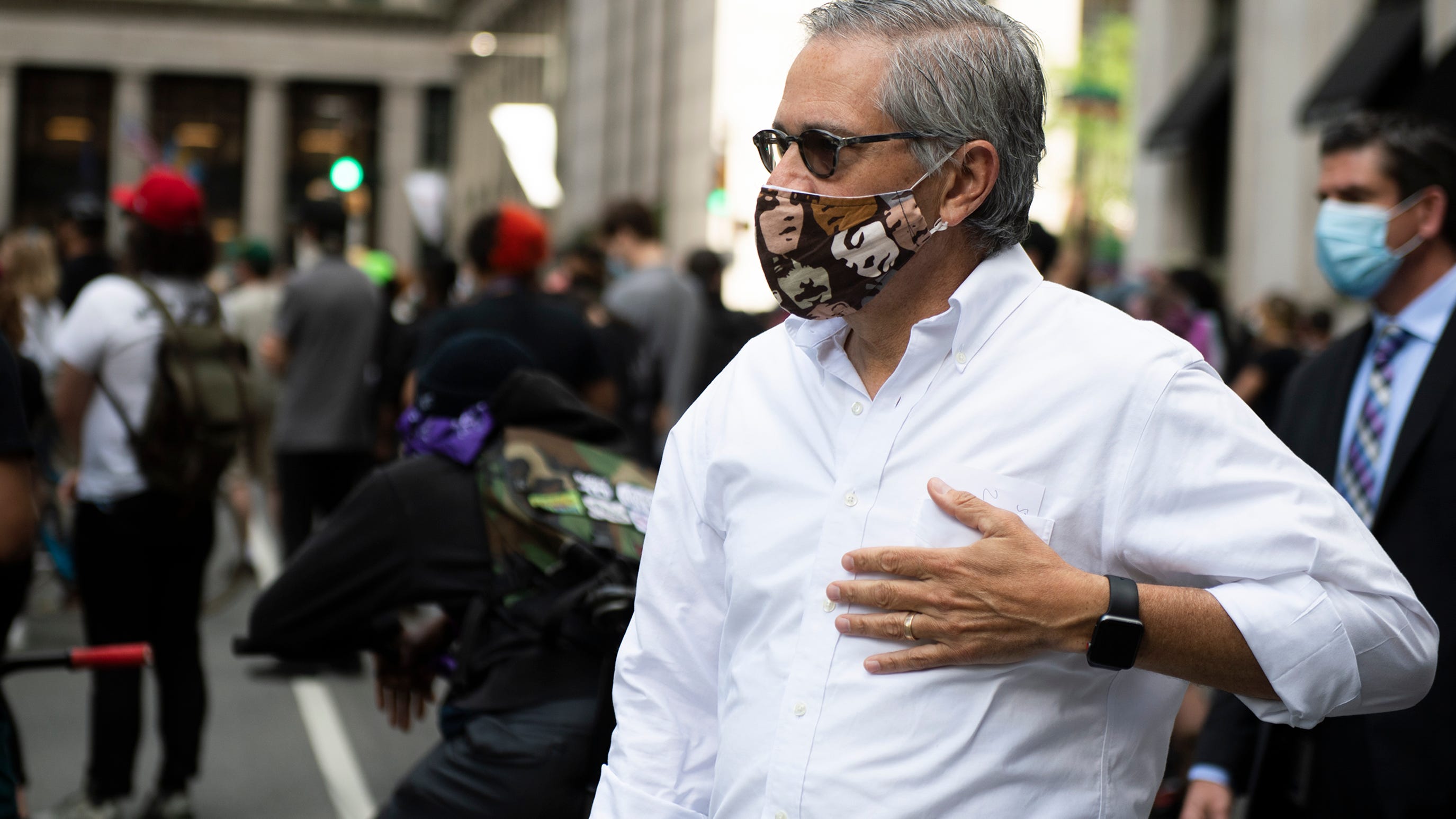 Vega served in the DA’s office for 35 years, 30 of them in homicide after becoming the first Hispanic prosecutor in that division. Krasner fired him almost immediately upon taking office. Vega has sued Krasner for age discrimination.

Vega is running on a simple platform of imposing “consequences” for unlawful behavior. He charges that Krasner’s record of dropping charges in a high percentage of cases emboldens criminal actors. In Kensington, he cited figures he said came from the DA’s office.

“Out of 479 cases which were (aggravated) assaults, gun cases, shootings, almost 350 of those cases were withdrawn,” he said. “Talk about a lack of consequences.”

Krasner’s campaign manager Brandon Evans sent an email statement, saying Vega “ignores that a DA’s office can only bring cases that it can actually prove.”

“Unfortunately,” the statement read, “many of the charges that police bring to the DA’s office lack any evidence actually linking the gun to an identified individual - for example, guns are recovered in cars with multiple passengers.”

He added that “Larry and his team will keep working on solutions instead of meaningless grandstanding.”

Krasner, a former defense attorney, won the crowded 2017 primary with 38% of the vote, promising broad reforms in the DA’s office. He has kept his pledge to reduce the jail population, end reliance on cash bail and stop seeking the death penalty.

He now enjoys the advantage of incumbency which allows him to make his case for re-election simply by doing his job.

After three years in office, he recently launched weekly press briefings, held indoors and in-person despite the pandemic, in neighborhoods around the city highlighting different units in his office. Two weeks ago, for instance, he announced charges in a house theft case that had been filed late last year. 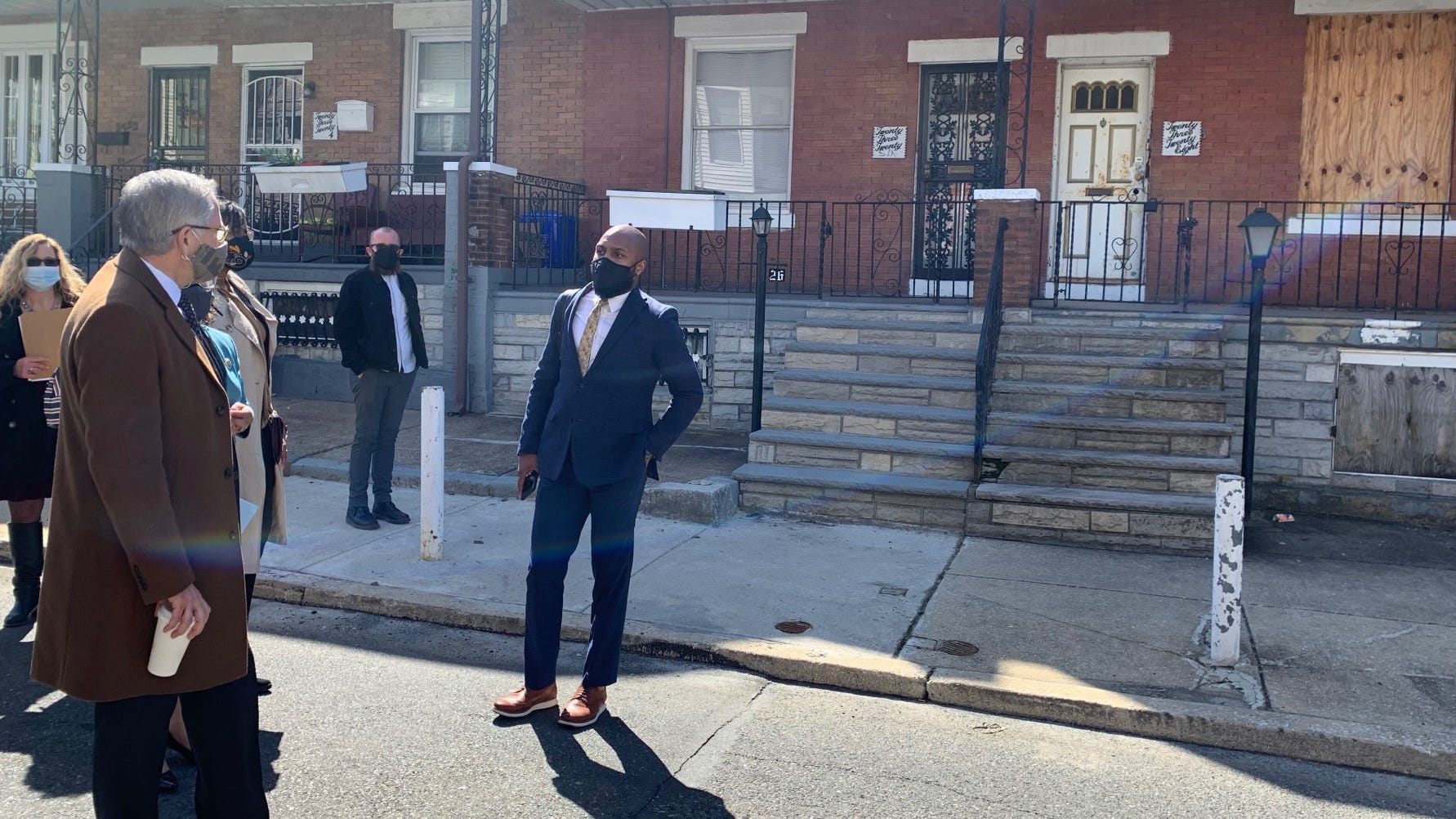 Vega paints himself as a reformer, too, promising to work on “long-term solutions” to crime such as routing out systemic racism. He says he would keep many of Krasner’s policies, such as pre-trial diversion and conviction review.

Vega, though, says violent crime is at a crisis stage in the city and more vigorous prosecution is needed to get it under control.

Progressive groups, such as Reclaim Philadelphia, are sticking with Krasner. Though the group’s steering committee said that Krasner has not done enough to “dismantle an unjust and unequal system,” they accused Vega of “shrouding his campaign in a progressive veneer.”

“Carlos Vega envisions a return to old policies that Philadelphians categorically rejected in the 2017 election,” they wrote in a recommendation that members endorse Krasner.

The traction that Vega’s campaign is getting, though, suggests Krasner’s 2017 victory may not have been the sea change that Reclaim Philadelphia paints it as. The primary will be a test of whether his progressive policies prevail in a one-on-one race against a more traditional candidate.