PHILADELPHIA (KYW Newsradio) — Hundreds of protesters took to the streets of West Philadelphia Saturday afternoon, marching past police in riot gear, to gather for what was a peaceful protest over the shooting of Walter Wallace Jr. at the hands of Philadelphia police.

Wamweni Shamambo was among hundreds of protesters who gathered at Malcolm X Park amid outrage over the death of Walter Wallace Jr.

"The message I get across is the Black community is not being treated fairly. And that's been happening for years," Shamambo said.

"This isn't about West Philly. This is about everywhere. West Philly is just a hotbed for it right now because we just experienced a recent murder," said Simmons, who called Wallace's death one in a long line of injustices against the Black community.

"The punishment for not knowing better who to contact should not be losing your son to police."

That's why Lyle Harrison of Socialist Alternative said that speakers combined the message of Walter Wallace Jr. with protesters' demand to defund the police.

"Taking down this oppressive system that shot Breonna Taylor, that shot Walter Wallace, Ahmaud Arbery, and all of, like, dozens and dozens and dozens of innocent Black people," he said. "It's about making it so the money we have isn't going to armed personnel carriers, tear gas, and militarized weapons to stop revolutions like this." 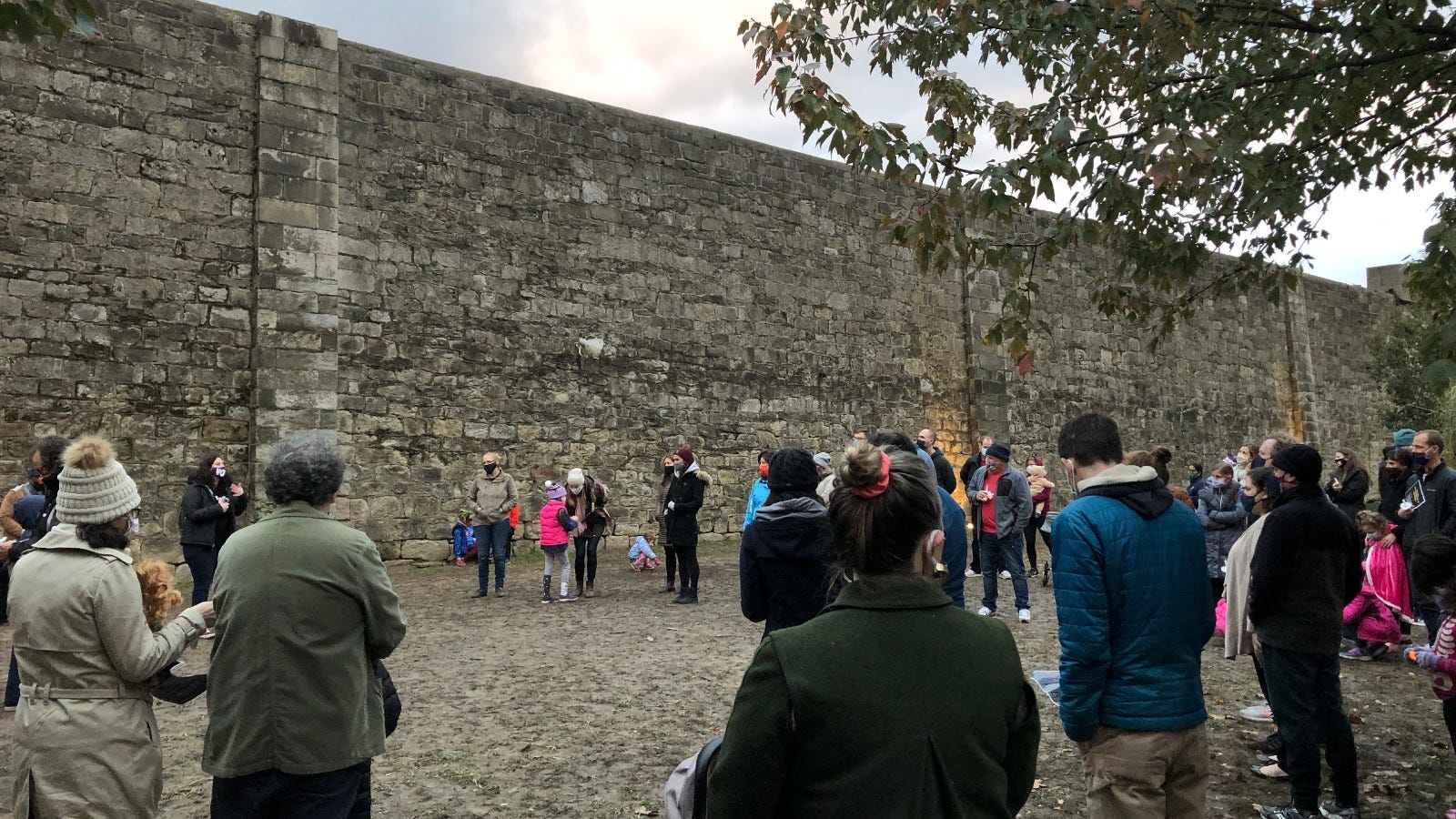 Simmons said they want money that's set aside for police resources to go towards social services instead.

"Just looking here, police in riot gear here are forced to stand on the sidelines like machines waiting for something to go wrong, to grab somebody or scoop up the wrong person. It's not right," Simmons said.

"It's a terror tactic," said Harrison. "It's on purpose, to intimidate people."

For Shamambo, the reason the protesters continue to come out is because the injustices persist.

"So, that just proves that hey, something is still wrong with the system. It's not working."

City officials announced there will not be a curfew Saturday night. Mayor Jim Kenney and Police Commissioner Danielle Outlaw, however, did urge residents to remain home unless absolutely necessary, and warned traffic closures could be ordered if needed.