PHILADELPHIA (KYW Newsradio) — Philadelphia’s former top prosecutor is off house arrest after serving three years of a five-year prison sentence. In 2017, he was convicted of accepting a bribe, and now, he said he’s working to piece his life back together.

Seth Williams has been a free man for about seven full days and is still processing just how he went from being the city’s first Black district attorney to a federal inmate.

“I lost my pension, I lost my reputation, I lost my salary, I lost my law license, I lost my house,” he said. “I almost had a near death experience without dying, without suffering traumatic injury, just to take stock in life.”

Williams came home from prison back in April. He was released from home confinement on Sept. 30 at 7:30 a.m. For the first time in nearly 40 months, Williams could go as he pleases.

“To those I let down, I am sorry. To those who I wronged or hurt, I ask for their forgiveness,” said Williams. “I made some bad decisions, but I paid severely.”

Williams said he spent five months in solitary confinement while in federal prison. While in the general population, he taught GED courses, learned to play the saxophone and piano and played on the prison’s over 40 basketball team. He also dealt with his addictions and traumas.

“I was prepared both procedurally and operationally to be the DA, but I wasn’t prepared emotionally,” he explained.

Williams said he drank — a lot.

He said the alcohol helped him mask his emotions and put on a strong face, even though the trauma of the city’s homicide rate, missing children, shot police officers, pressures to raise money and kids and to say and do the right things were taking its toll. 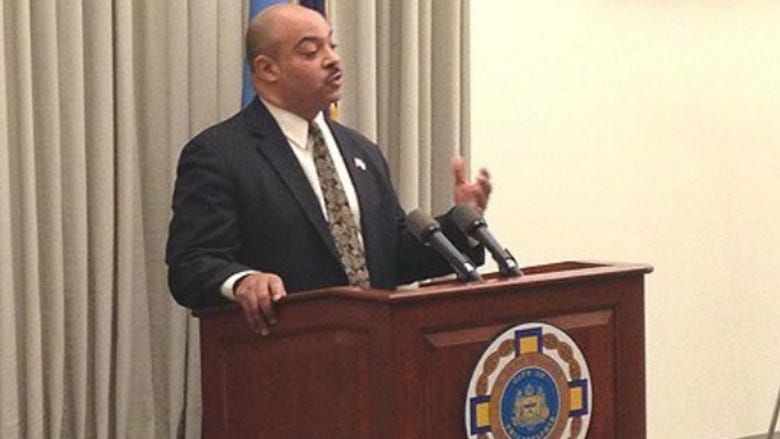 “I had two BlackBerries. One of them went off every day with all of the homicides and gruesome details,” he recalled.

Williams said drinking and bad acts were his coping mechanisms.

“Many people are ticking bombs,” he said, “and you don’t know.”

Williams got a year off of his sentence for good behavior and another year off for dealing with his alcohol addictions.

Now, he’s a ball of emotions, periodically getting teary-eyed while sharing the impact of his prison sentence.

“I can cry now at the drop of a hat and that’s OK” said Williams, “I accept responsibility for my personal decisions and I am trying to be a better person.”

Many of his former friends have turned their backs.

Even with his law degree and once high ranking status, he knows it’ll be tough now that he’s a convicted felon.

One blessing, he said, are his daughters and family, and the friends that stuck with him.

Family time is the best time! In the end, the small things are the big things. #FamilyIsEverything pic.twitter.com/c7kbyRzLHV

Those relationships, he said, saved his life — like the one with George Mosey of the Philadelphia Anti-Drug/Anti-Violence Network.

There, Williams helps individuals develop job, resume and other work skills. Another friend, Roosevelt Hairston of Hairston Foundation — an organization working to address poverty in Philadelphia — hired Williams to help educate former felons like him on their voting rights.

Once he learned he could vote once he was free, he went to City Hall to register to vote and cast his mail-in ballot early on the same day his house arrest ended.

“If I didn’t know, of the 300,000 folks in Philadelphia with criminal pasts, I know many of them may not be aware,” he said.

Former felons can vote in Pennsylvania and New Jersey as long as they have served their time in prison. Register to vote by Oct. 19.