PHILADELPHIA (KYW Newsradio) — A community of alumni, families and supporters of Bishop McDevitt High School have raised nearly a quarter of a million dollars in an attempt to save their beloved school from closure. But the Archdiocese of Philadelphia says the decision is not up for debate.

On November 18, the Archdiocese of Philadelphia announced that Bishop McDevitt High School and John W. Hallahan Girls High School would both be closing at the end of the year. The announcement was shocking to many in both communities, but some members of the McDevitt board and alumni are crying foul.

“We have been completely dismissed and have not been given any support or any help,” says Kerri Meenaugh, a member of the Board of Bishop McDevitt High School.

The class of 1990 alum is also a McDevitt mom. She said the 60-plus year old Catholic high school is one of the most diverse in the Archdiocese of Philadelphia, with a population that is 80% students of color. The community of students, she said, is close knit and the school is a resource for families in the Cheltenham section of Montgomery County, as well as Northwest Philadelphia.

Meenaugh added McDevitt is one of the few affordable private school options for families in that area that provides the level of diversity. The school also provides major support for students with special needs thanks to a partnership with Our Lady of Confidence. 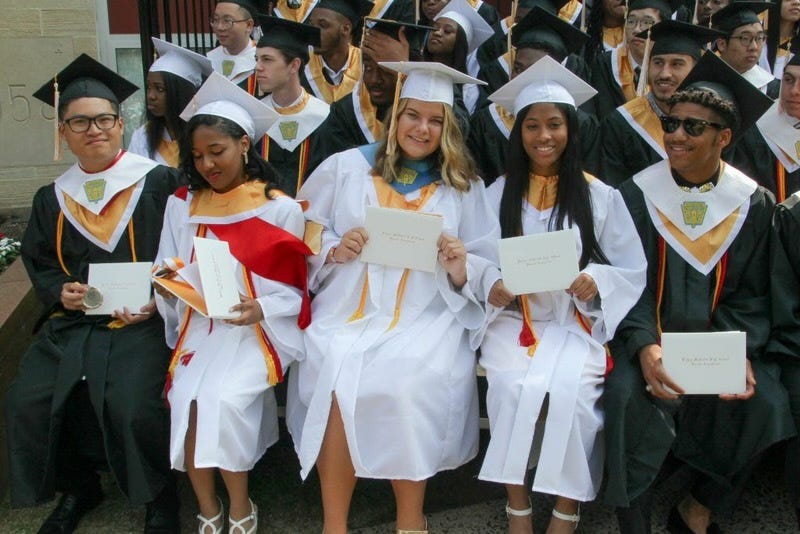 “Students of color who go to Catholic High School are 42% more likely to go to college,” she said, “so this will have a huge impact.”

Meenaugh says the school has lacked adequate leadership for the past several years, having only an interim president for the past year and a half. They were all aware of declining enrollment, but said the closure announcement was stunning.

“We immediately said, we have to jump into action,” says Teresa Lamore Redmond, a class of 1995 McDevitt alumna and current member of the Board. “So we started our fundraising campaign to raise 500,000 dollars in 60 days.”

Using the Facebook Page, “Fighting for McDevitt’s Future,” supporters of the school raised nearly a quarter of a million dollars in the days since the closure announcement and are raising more. Redmond says they know the money won’t be enough. Instead it’s a pledge to say there’s a willingness to save the school.

“That’s how important this school is to the community,” says Redmond, “we want the school to be in place, we want to work with the archdiocese but they have to come to the table.” 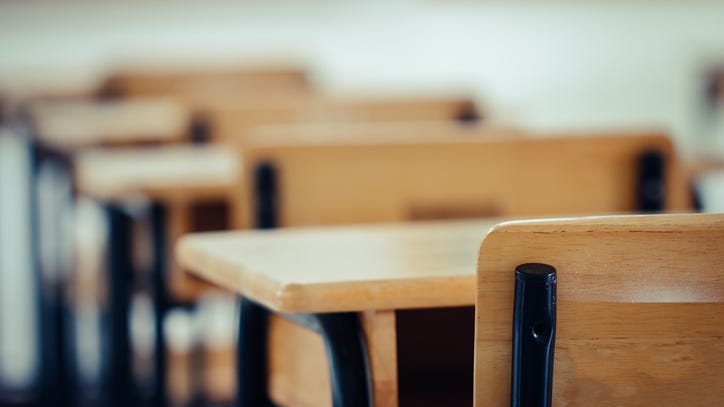 But in a letter to the group, Archbishop Nelson Perez has said the closure decision is not up for appeal.

“The decision is final,” says Irene Hannan, CEO of Faith in the Future, the group that manages the archdiocesan secondary and special education schools. She says the group conducted a feasibility study for the entire school system looking a myriad of data. She says the decision was rough, but a multitude of factors dictate that McDevitt and Hallahan must close.

“We look at family financial need, because we are tuition-based schools, we look at financial performance and we looked at the ability capability of raising money,” says Hannan.

She says findings of the feasibility study, which has not been disclosed to the public because of the sensitive information involved lead leaders of Faith in the Future and the Office of Catholic Education to recommend the schools’ closure. Hannan points out that both of the schools were operating at about a third capacity.

“Both of these schools have had declining enrollment historically and given our forecast, based on a lot of demographic information, they would not be able to change the trend,” she says. 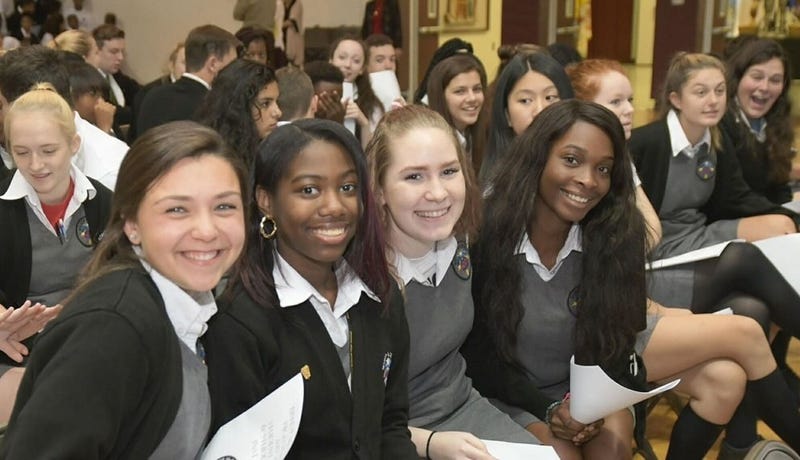 “I’m very upset and angry,” said Eric Young, a class of 1986 alum and member of the board.

Young is also the track coach and his daughter graduated from McDevitt last year. He says the optics of who made the decision a nearly all White Catholic leadership gives him pause.

“I am embarrassed that I have to say racism and Catholicism at the same time,” Young said.

“It’s not all white anymore,” said Lolyta Perez, whose son Isaiah is a junior at McDevitt. “I believe that’s why we are being scarified.”

The demographics of McDevitt have shifted over the years. For decades, the school was mostly white, but as as the demographic shifted to a majority minority population, rumors began to swirl about closure.

“There’s no way that this is not a decision based on the race of the students in the school,” says Meenaugh.

“Racial composition was not a consideration,” says Hannan, noting that the committee that recommended closure based the decision on objective factors.

Hannan said the committee was stacked with individuals upholding the standards for serving all students, regardless of race. At the same time, she understands the frustration of the parents and those who love the school.

“This is not a trivial matter this is a bedrock issue,” she said. “This is how people feel, and I certainly share with them this sadness.”

She says much of the data was sensitive and could not be shared, but the Archdiocese will be willing to share some of the data relevant to McDevitt with its supporters. However, no fundraising attempt will change the outcome. She says McDevitt and Hallahan will close and that the community should stop holding out for a miracle.

“We want to move on and our focus is on the students of McDevitt and Hallahan,” she says, noting that it is time for reconciliation to begin.

Hannan says all the schools in the Archdiocese are diverse and will welcome the students from McDevitt and Hallahan with open arms.