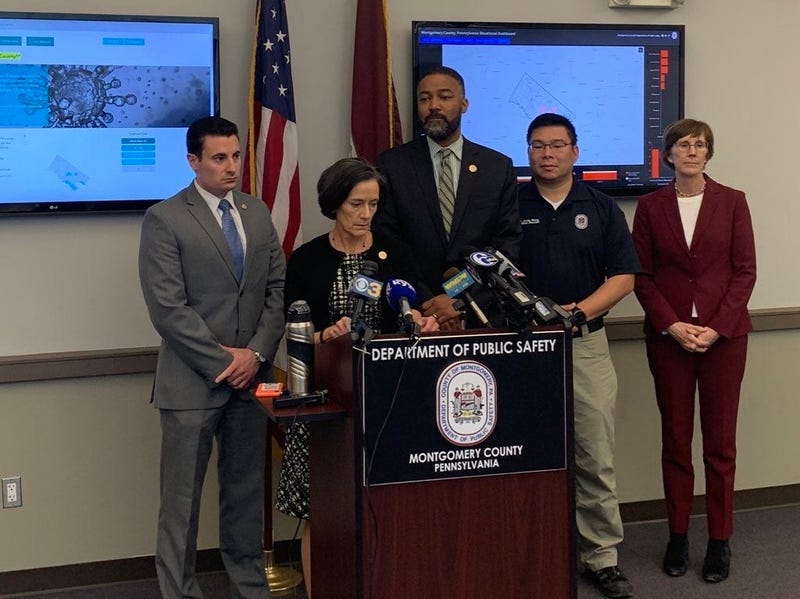 Arkoosh has been on the county Board of Commissioners since 2015 and chair since 2016.

As a trained physician and a doctor, she said she had to diagnose an issue and come up with a plan this past year. She believes Pennsylvanians want their next senator to understand and address their concerns.

“I’m excited to bring my problem-solving ability and determination to cut through the noise and dysfunction in Washington and actually get some stuff done for people here at home,” she said. “And I believe I can make that case.”

Pennsylvania needs another Senator who’ll help move us forward — someone determined to lift up working families and deliver lasting change. That's why I’m running for U.S. Senate. But I can’t do it alone. Join me at https://t.co/Kt9h52AVWg. pic.twitter.com/HnRvebTVtR

Arkoosh is joining what’s becoming a crowded field of Democrats seeking to flip the Senate seat that will be vacated by Republican Sen. Pat Toomey. Philadelphia-based state Rep. Malcolm Kenyatta and Lt. Gov. John Fetterman have already announced their campaigns.

On the Republican side, Montgomery County real estate developer Jeff Bartos and attorney Sean Gale have announced their bids.

“Running one of the largest counties in Pennsylvania and doing a great job at it, I just don’t think she’s a known quantity when you get sort of past Reading, west. So she’s got a challenge there,” he said.

Fundraising will also be an issue, and Manzo said between the very competitive primary and then the general election, it could be one of the most expensive Senate races ever.