PHILADELPHIA (KYW Newsradio) — An illegal campfire in Wharton State Forest in Burlington County may have been the cause of the wildfire in South Jersey, which has now reached more than 14,000 acres in size.

Officials with the New Jersey Forest Fire Service confirm the fire started Sunday — a day that was not considered "high risk."

Officials believe the wildfire started in a remote area.

On state land, officials say campers are required to get a permit that can allow for small fires, but they are restricted to specific areas.

About 95% of the wildfire has been contained as of Tuesday afternoon. Fire officials said 18 structures were under threat, but no injuries have been reported. 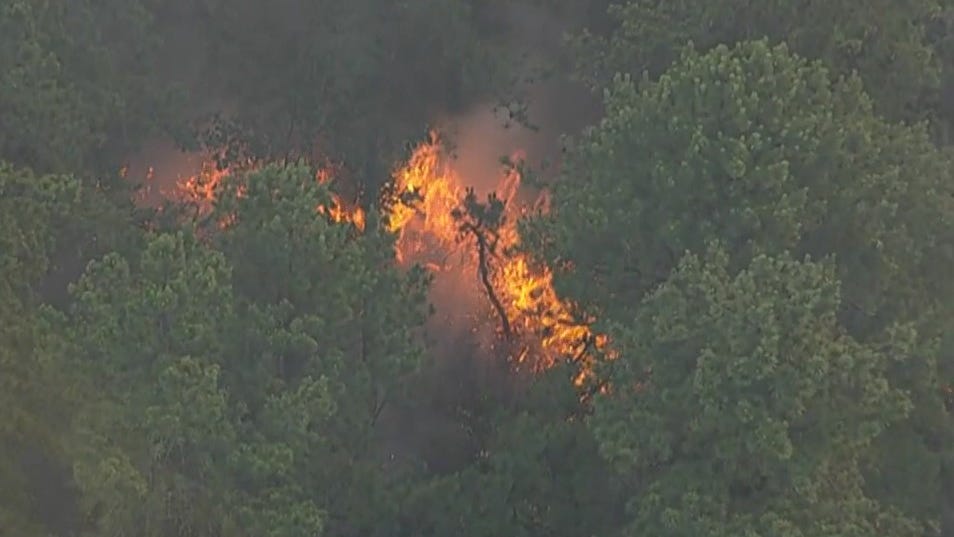 The wildfire has stretched across Wharton State Forest, near popular hiking and camping areas, in both Burlington and Atlantic Counties.

New Jersey Forest Fire Service Chief Greg McLaughlin said it was a bit tricky for crews to get to the scene.

"It takes a long time to travel on the roads that are there,” said McLaughlin. “They often have a lot of bends and a lot of water holes in them that cause the navigation by vehicle to be slow."

“This fire was sending burning embers, causing spot fires,’ McLaughlin added. “This causes our resources to effectively have to scatter about and try to track down these spot fires so that the fire doesn't continue to grow larger in size.”

At first, firefighters attacked the fire from the ground. The flames’ intensity and 20 mph winds made that effort ineffective.

So they changed course, fought fire with controlled burns, and dropped water from a helicopter.

More than 50 people who were at nearby campgrounds had to be evacuated.

Officials say that people in the area will still see smoke for a few days, and they recommend that those sensitive to the smoke should stay inside until it clears.