The court pointed to Cosby’s Fifth Amendment rights, citing a 2005 agreement with then Montgomery County District Attorney Bruce Castor. The court said Castor made a deal with Cosby and his defense team that basically, according to Castor, stripped Cosby of his Fifth Amendment rights by forcing him to sit for a deposition in the civil case.

That deposition was recently unsealed, which was some of the basis for the charges that were filed against Cosby — accusations that he drugged and molested former Temple women’s basketball coach Andrea Constand at his home in Elkins Park in 2004.

Cosby was found guilty of aggravated indecent assault in 2018. 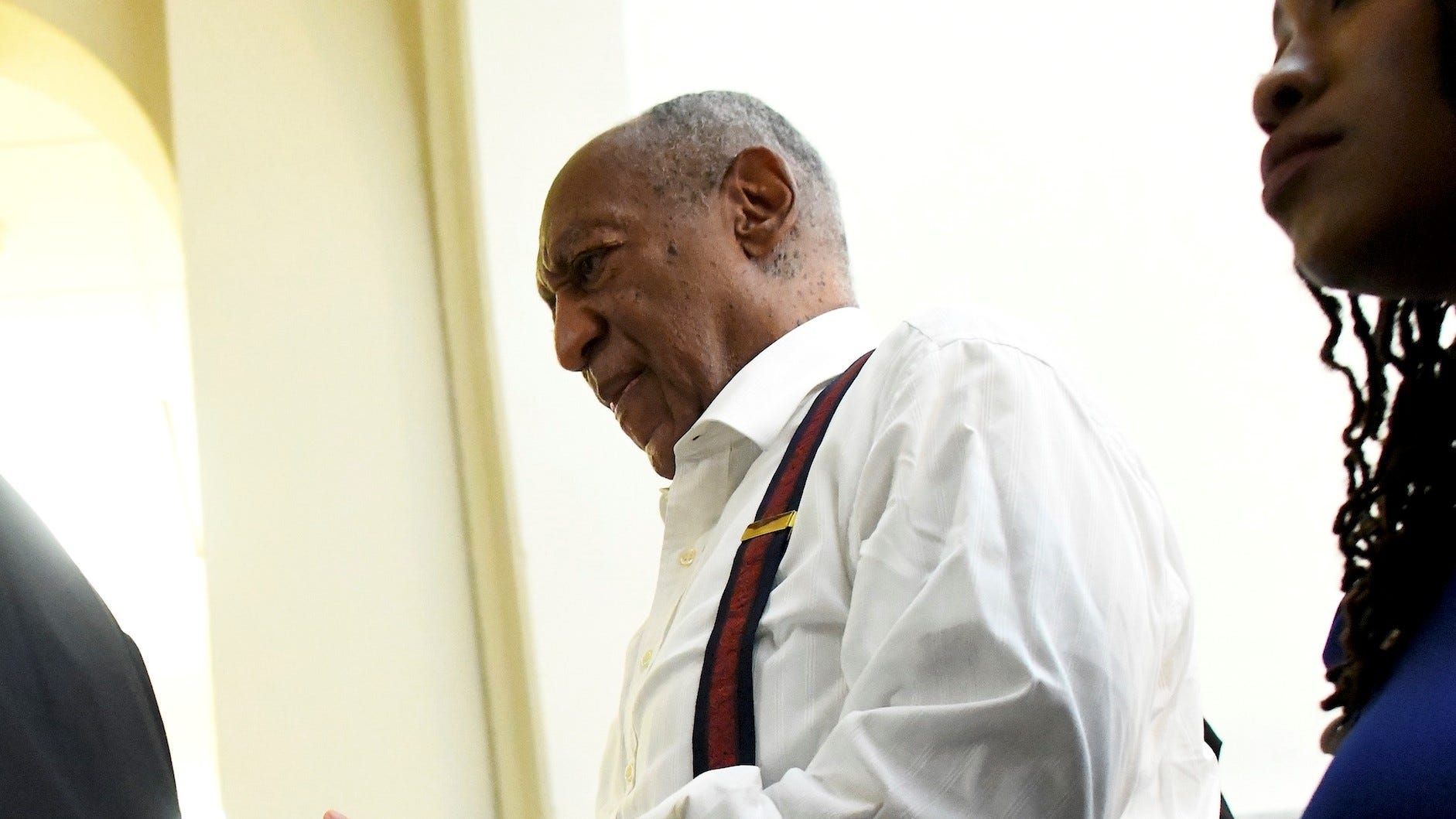 Castor declined to charge Cosby. Cosby was then forced to testify in a civil proceeding, implicating him in the crime. Castor’s successor then used those statements against Cosby at his trial, which the Pennsylvania Supreme Court called an "affront to fundamental fairness." The court said the "changing of the guard" in the DA’s office did not make it fair.

For that reason, the state Supreme Court vacated Cosby’s convictions and judgment of sentence. And, any future prosecution on these charges is prohibited.

The court added this is a significant decision and one it does not make lightly.

Cosby returned to his Elkins Park home Wednesday afternoon. As he got out of the car, he flashed a peace sign to SkyForce 10 above.

JUST IN: Bill Cosby has arrived at his home in Elkins Park. Earlier, the Pennsylvania Supreme Court vacated his 2018 conviction of indecent aggravated assault. pic.twitter.com/Pwfo027shb

The 83-year-old had been in SCI Phoenix in Montgomery County since September 2018, serving a three- to 10-year sentence. He was released Wednesday around 2:30 p.m.

Cosby’s lawyers argued the Montgomery County District Attorney’s Office was unable to convict Cosby at his first trial with one prior accuser, so they brought in five other women to testify at his second trial. In the words of his lawyer, the trial judge effectively allowed prosecutors to make the case about who Cosby was, rather than what he did, in an effort to make up for weaknesses in their case.

Prosecutors countered, saying the testimony from those women was only two days of a 10-day trial, and the testimony was needed because prosecutors knew the defense would relentlessly and ruthlessly attack Constand’s credibility. 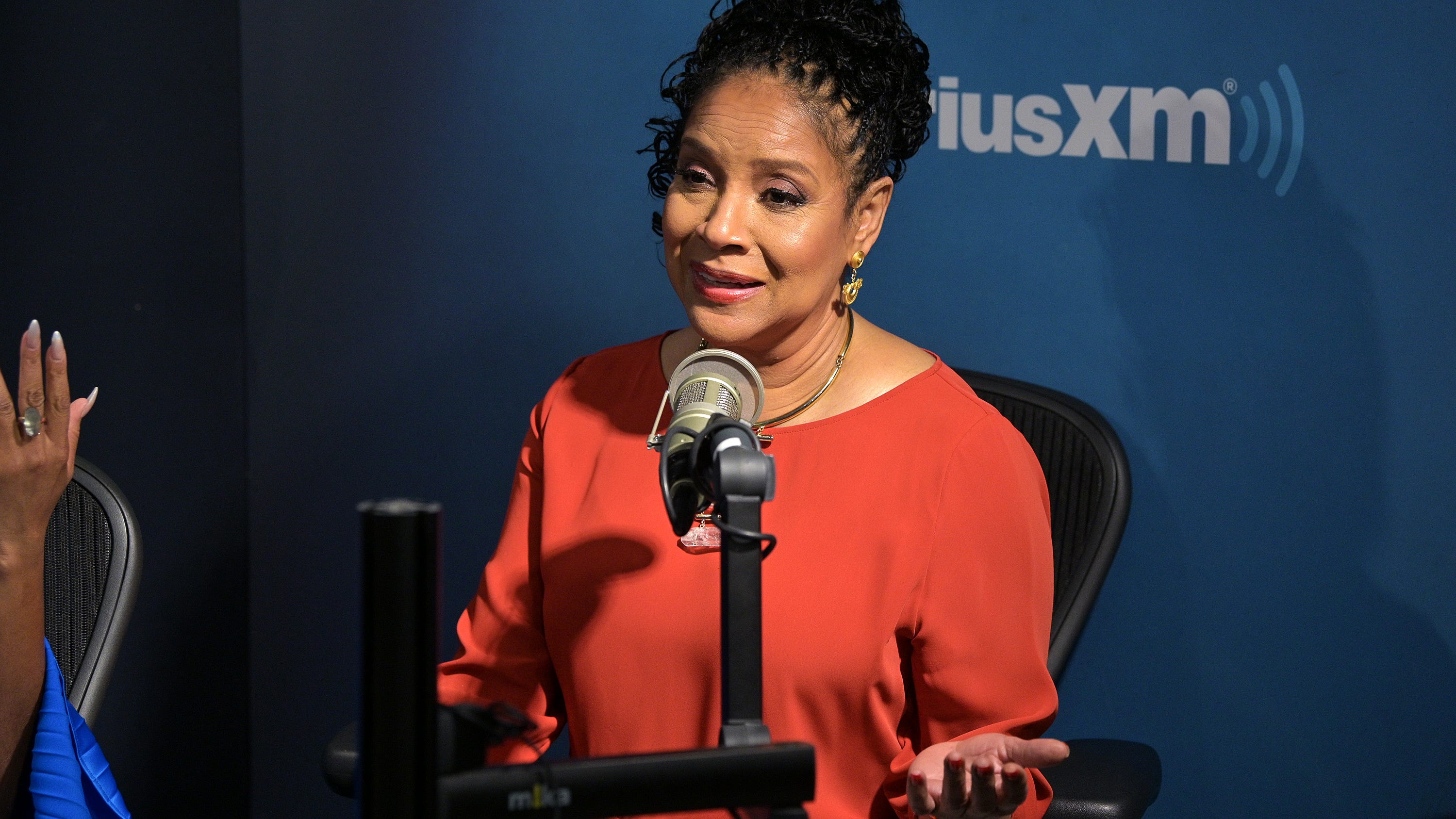 Phylicia Rashad on Bill Cosby’s release: ‘A terrible wrong is being righted’

Applause and criticism of ruling

“There is only one remedy that can completely restore Cosby to the status quo ante. He must be discharged, and any future prosecution on these particular charges must be barred. We do not dispute that this remedy is both severe and rare. But it is warranted here, indeed compelled.

“The [concurring and dissenting opinion] would shun this remedy because (at least in part) it might thwart the ‘public interest in having the guilty brought to book.’ It cannot be gainsaid that society holds a strong interest in the prosecution of crimes. It is also true that no such interest, however important, ever can eclipse society’s interest in ensuring that the constitutional rights of the people are vindicated. Society’s interest in prosecution does not displace the remedy due to constitutionally aggrieved persons.”

In a statement, the current district attorney of Montgomery County, Kevin Steele, said Cosby was found guilty and “now goes free on a procedural issue that is irrelevant to the facts of the crime.” He hopes this ruling does not prevent other victims of sexual assault from coming forward.

“I want to commend Cosby’s victim Andrea Constand for her bravery in coming forward and remaining steadfast throughout this long ordeal, as well as all of the other women who have shared similar experiences. My hope is that this decision will not dampen the reporting of sexual assaults by victims. Prosecutors in my office will continue to follow the evidence wherever and to whomever it leads. We still believe that no one is above the law — including those who are rich, famous and powerful.”

In an interview with KYW Newsradio on Wednesday, Castor said “what happened to Mr. Cosby was really egregious and what they did to him should never happen to any American citizen.”

Castor said the ruling from the trial judge made no sense: “There was no way that Bill Cosby’s lawyers are gonna let him sit for four depositions if he thinks there’s a possibility that what he says might be used against him.”

He said he believes the state Supreme Court “got it right.”

“We got a measure of justice when [Cosby] had to pay millions of dollars to the alleged victim, and he has had his life disrupted horrifically, so in reliance on my promise he wouldn’t be prosecuted,” said Castor. “The justice system and the Constitution won today, not Bill Cosby.”

Listen to the full interview with Castor below:

Constand responded to Cosby's release late Wednesday, calling it not just a disappointment but a concern for other victims.

“[The decision] may discourage those who seek justice for sexual assault in the criminal justice system from reporting or participating in the prosecution of the assailant or may force a victim to choose between filing either a criminal or civil action,” she wrote.

Cosby declined to talk to reporters when he returned home after the ruling. His spokesman, Andrew Wyatt, did the talking.

“Today, in this hot day, this is a hit verdict for us that we would forever cherish because we got the greatest entertainer alive today, Mr. Bill Cosby, this great American citizen, this American treasure, this icon with us today," said Wyatt.

Cosby had his share of supporters lining up the street as he slowly walked up his locked driveway that bears a "no trespassing" sign.

However, it was not all support that greeted him. Some protesters also appeared near his home, including Bird Milliken who helps run a Facebook group called "We Support the Survivors of Bill Cosby."

Cosby shared this message on Twitter after his return.

I have never changed my stance nor my story. I have always maintained my innocence.
Thank you to all my fans, supporters and friends who stood by me through this ordeal. Special thanks to the Pennsylvania Supreme Court for upholding the rule of law. #BillCosby pic.twitter.com/bxELvJWDe5