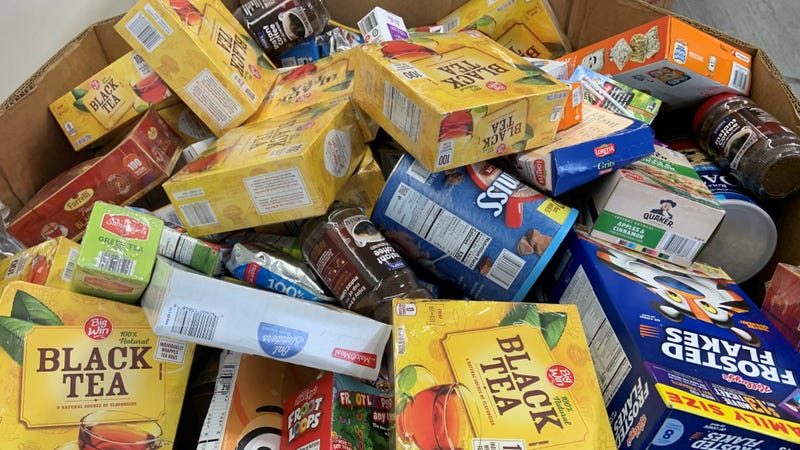 PHILADELPHIA (KYW Newsradio) — Staff and volunteers at the Philabundance food bank are getting the public involved in helping those in need of food during Hunger Action Month, which happens in September.

“I had food insecurities previously in my life, of being near-homeless and a single parent,” said Hannah Gansbauer, who is volunteering to sort donated food items at Philabundance’s warehouse in South Philadelphia.

She is now back on her feet and has a managerial job at a supermarket in Plymouth Meeting. Ending hunger is a cause near and dear to her heart. 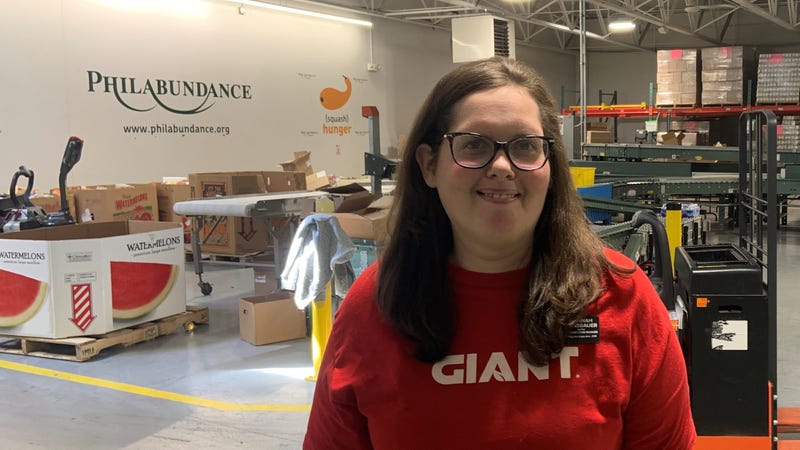 “Being able to give back, now that I'm on the other side of it, is really important to me,” said Gansbauer.

With the USDA forecasting that food costs are soaring up to 10% higher than 2021, and with food costs last month being 13.5% higher than the previous August, Chelsea Short with Philabundance said more people are in need of food.

“Before COVID, we were distributing around 25 million tons or food or so,” said Short. “Since COVID, we’ve been at 50 million and rising.”

Demand during some points this year at Delaware Valley food banks has equaled the highest points of the COVID-19 pandemic.

September is Hunger Action Month, which comes at the time that the U.S. Census says that Philadelphia remains the most impoverished of America’s 10 largest cities, and the percentage of children and Black Philadelphians in poverty has increased. Overall, poverty in Philadelphia is at its lowest level in 15 years.

Orange is the color of hunger relief. Organizers said you can not only show support by wearing orange, but also take action by donating food, money and your time at an area food bank, including monetary donations at Philabundance.

“[It] allows us to give people more variety with the types of foods they are getting, but it’s a really easy way for people to get involved,” Short added.