At a media briefing Monday afternoon, Dr. Tom Farley announced a program he called Safer at Home. Starting Friday and lasting until at least Jan. 1, 2021, the city will impose several new restrictions, falling short of an economic shutdown but strongly discouraging people from interacting in person.

There will be a ban on indoor gatherings of any size, public or private, involving people from more than one household — meaning no indoor weddings, baby showers or football watch parties. Small social gatherings have been the primary source of the spread.

Outdoor gatherings are limited to 10% of maximum occupancy, with no more than 2,000 people allowed in large spaces. There will be no fans at Eagles games.

The City of Philadelphia announced new outdoor restrictions on Monday due to the ongoing health crisis and the recent increase in COVID-19 cases in the region. As a result, the Eagles will not be able to host fans at Lincoln Financial Field.

Indoor restaurant dining is once again prohibited. Outdoor dining is restricted to groups of household members only, four seats per group. Takeout and delivery services can continue.

Retail businesses may remain open, but with no more than five occupants allowed per 1,000 square feet. Mask use is to be enforced among workers and customers. And, everyone must work from home unless doing so is not possible.

Youth, community and school sports must stop activities, and teams should not travel. College sports and pro games can still play if their COVID-19 safety plan is approved by the Department of Public Health, and games are held without spectators.

Other spaces that will not be allowed include gyms, museums, libraries, movie theaters, performance spaces, senior centers, casinos, and bowling alleys, arcades, or other game spaces.

Colleges and high schools must go online. Child care, elementary schools and middle schools will be allowed to have in-person classes.

The other businesses and services that can remain open include:

Barbershops, beauty salons, and the like can also stay open with enforced mask use. Residents can use public parks, trails and playgrounds for individual use — no group sports.

Farley said no one wants to revisit the strict restrictions imposed in the spring.

He cited examples in Eastern European countries, where infection rates have exceeded those of the United States. In those countries, restrictions were imposed to prohibit gatherings; to close bars, restaurants, gyms and theaters; but leave schools open. And, it appears to be working, flattening the curve within two to four weeks.

Mayor Jim Kenney said we are in a “very dangerous” stage of the pandemic, and daily case counts have jumped 700% in less than two months. Last week, the city saw the highest case count since April.

Kenney realizes this may devastate some businesses and livelihoods, but the restrictions are intended to slow the spread and prevent hospitals from becoming overwhelmed — without enacting another citywide closure or stay-at-home order.

The city is working to find more resources to help businesses and workers during this time, but Kenney believes they’ll recover more quickly with full co-operation.

“There’s no doubt these changes are necessary,” continued Kenney. “We need to act now to reduce the rate of increase and flatten the curve once again. It will help ease the potential burden on hospitals, it will slow the spread of the virus, and most importantly, it will save lives.”

There will be no enforcement mechanism by the city, but Kenney said the consequences of not complying are sharp increases among COVID-19 cases and deaths, and ultimately, restrictions that will last even longer.

Philadelphians are grappling with the news of the reimposed restrictions — some more understanding than others. All must prepare to once again pivot how they go about their day-to-day lives. Listen to some Philadelphians’ sentiments below:

These changes apply only to Philadelphia, but Farley noted it would be more effective if neighboring counties put similar restrictions in place.

Some restrictions have already been ordered in the region to slow the spread of the virus. Montgomery County’s board of health voted unanimously on Friday to shift all schools to remote learning from Nov. 23 to Dec. 6. 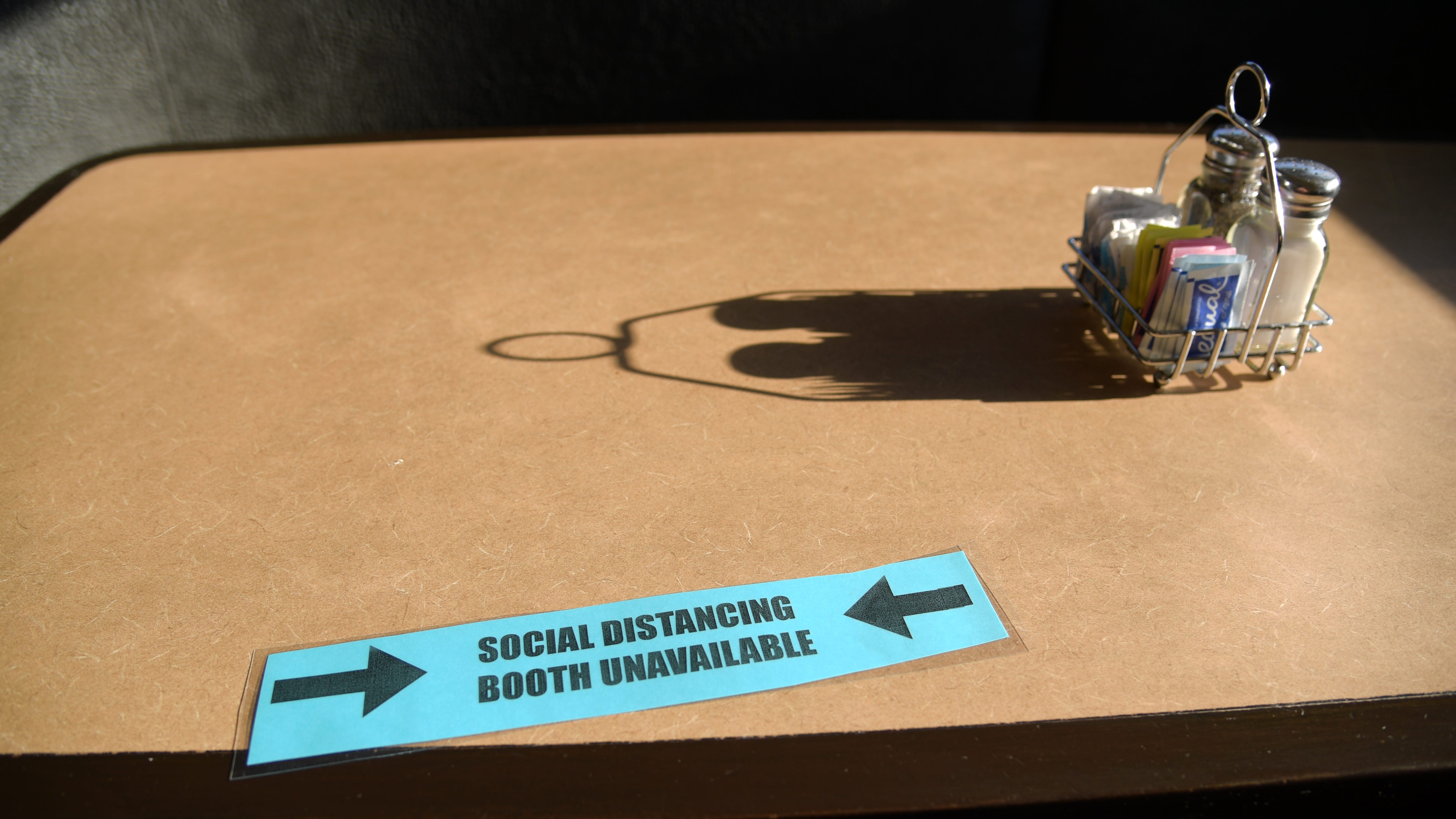 As the region — and the entire country — deal with this fall surge of the coronavirus pandemic, several Northeast governors met over the weekend to discuss their plans going forward.

“Together, we will follow the science, keep our region safe, and save lives,” tweeted New Jersey Gov. Phil Murphy, who was joined by Gov. Tom Wolf of Pennsylvania, Delaware’s John Carney, New York’s Andrew Cuomo and Connecticut’s Ned Lamont.

They met as Washington state and Michigan announced restrictions that are similar to the ones out in place in the early months of the pandemic.

Nearly 1 million new cases have been confirmed in the United States in the last week, according to Johns Hopkins University.

Philadelphia’s positivity rate stands at 13.4%, and Farley said it is growing rapidly. Hospital cases have doubled in the past 11 days. The Philadelphia death toll since the start of the pandemic stands at 1,917.

Although the restrictions start Friday, the city is asking residents to start voluntarily following them now.

“This is a difficult period, but we will get through it,” Farley said. “We’ve lasted with this virus for eight months now. We can last a few months more.”