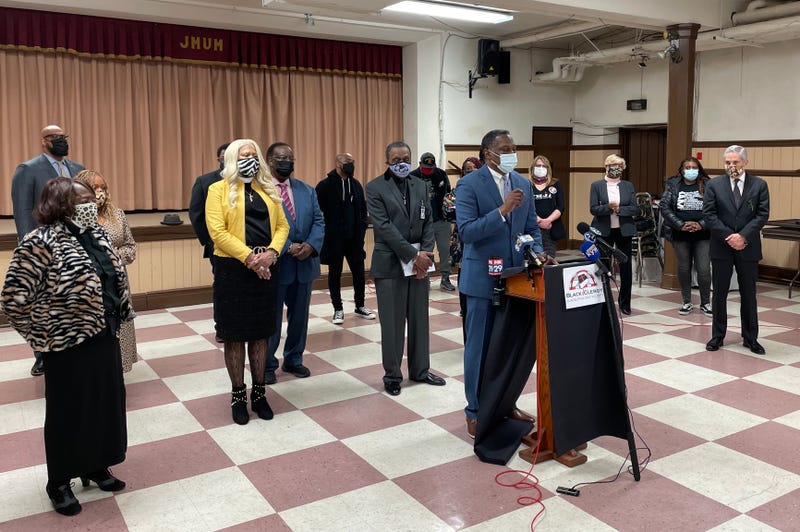 PHILADELPHIA (KYW Newsradio) — With gun violence soaring in the city of Philadelphia, the Black Clergy of Philadelphia and Vicinity said they are joining the fight to stop the killing.

The organization announced a multi-pronged plan designed to help tackle the rising gun violence. The list of priorities focus on boosting existing resources to prevent incidents, while rebuilding and innovating ways of dealing with the root causes of the social issues that lead to violence.

One pledge is to raise support for the groups already on the ground doing work to prevent shootings.

"We will work enthusiastically with the mayor to to create a public-private partnership to raise $100 million dedicated to community-based violence solutions and community organizations," said Rev. Gregory Holston, chair of the BCPV Criminal Justice/Reform/Violence Prevention Committee.

Read the full plan below.

In addition, the Black Clergy has pledged to help create a Marshall plan to rebuild disinvested sections of the city, and to lobby Harrisburg to get $400 million for Philadelphia schools.

They also plan to push the city bring on a new deputy mayor to serve as a "gun violence czar" and get churches to provide spiritual guardianship to nearby blocks.