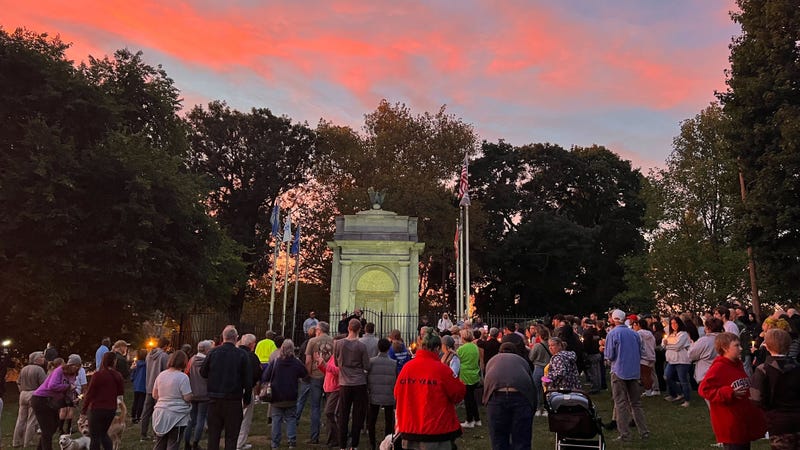 A memorial vigil for Nicolas Elizalde, who was shot and killed after leaving a football practice outside Roxborough High School on Tuesday. Photo credit Justin Udo/KYW Newsradio
By Justin Udo, KYW Newsradio

PHILADELPHIA (KYW Newsradio) — As Philadelphia police search for the shooters responsible for killing a teen and wounding four others as they left a football scrimmage at Roxborough High School, dozens came together to mourn and stand in solidarity.

Nicolas Elizalde, 14 from Havertown, was shot and killed Tuesday afternoon while he was leaving the field.

“A freshman just starting out in high school, and doing what he loves, and his life taken in a matter of minutes. It’s not fair,” said Diane Berry, who attended the vigil for Elizalde Thursday evening at Gorgas Park, right across the street from the school. Attendees waved candles by a makeshift memorial adorned with flowers.

Berry said her son was friends with Nicolas, and like much of the community, he’s in shock over what happened. 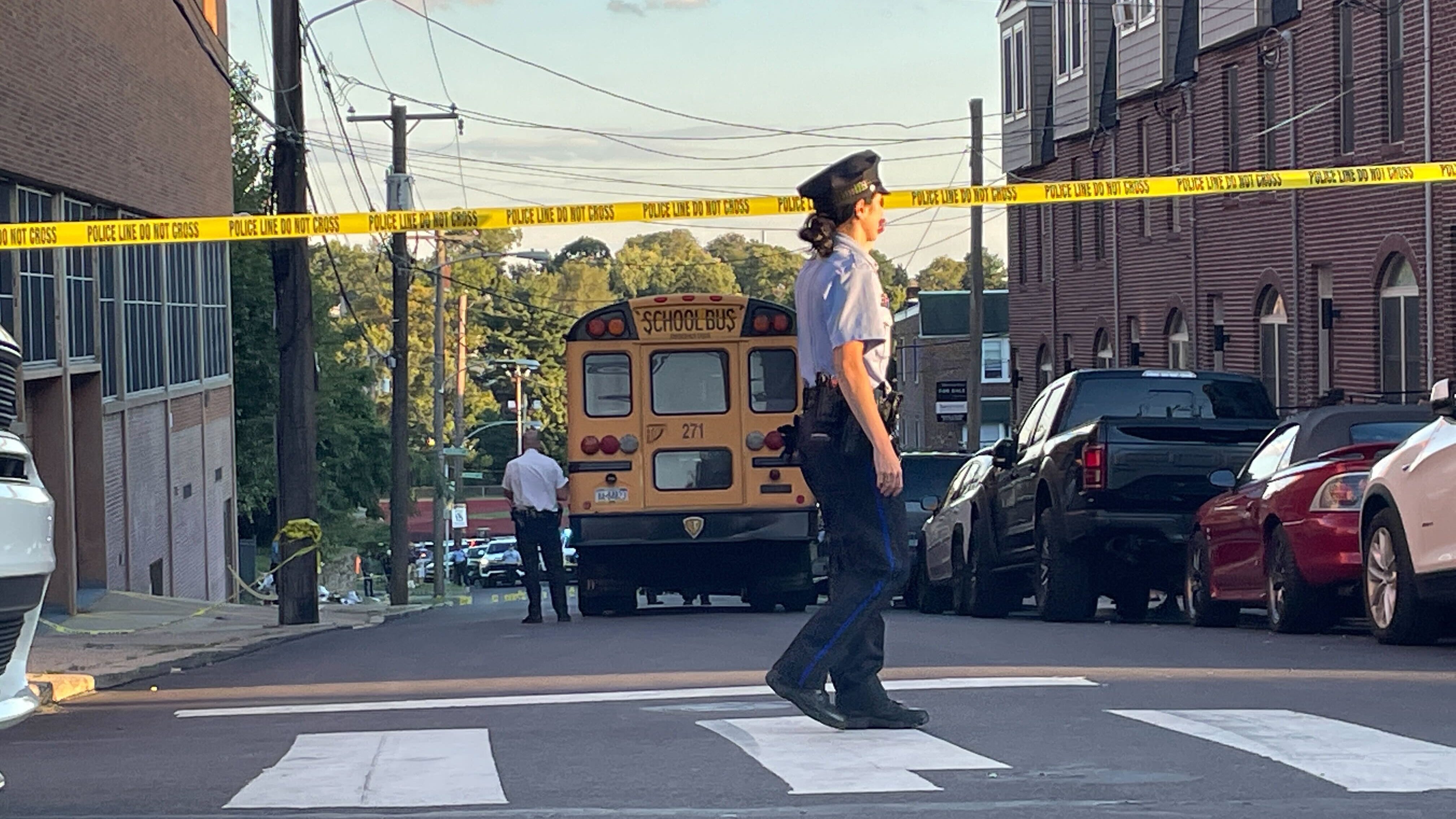 “My son is full of mixed emotions,” said Berry. “He’s sad. He’s angry. He’s heartbroken, even in the short time that he’s known him.”

Berry said their community is tight-knit, and they’ll continue to support all those affected through this difficult time, but the wounds are still fresh.

“Now walking down there to the memorial, and seeing all the bullet holes in the walls and the circles still in the street, of the shell casings,” she said. “My son plays over in that field. Now he won’t. I’m afraid to let him out. I don’t want him out by himself.“ 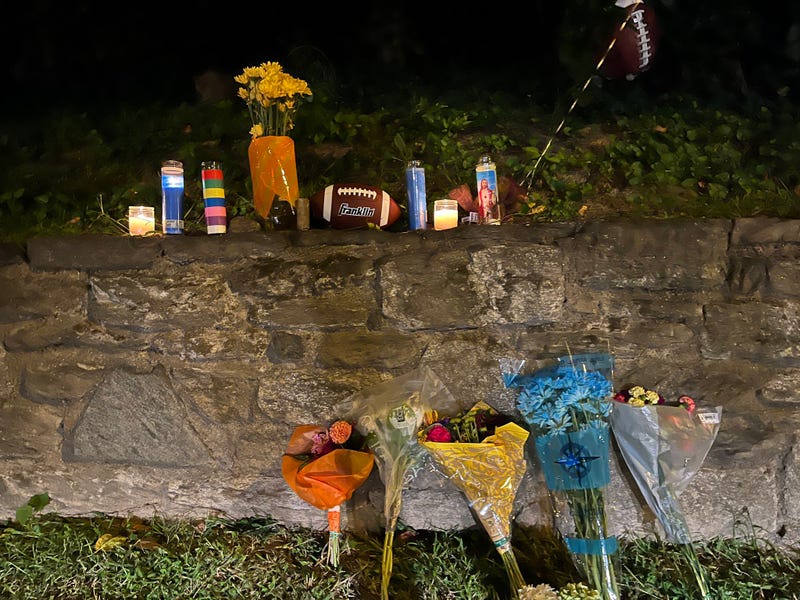 A memorial by the shooting scene at Roxborough High School where a 14-year-old boy was killed and four others were shot Tuesday afternoon. Photo credit Tim Jimenez/KYW Newsradio

“I don’t even have the words,” said Beth Strain Berry, Diane’s sister and an alum of Elizalde’s school, Saul High. Elizalde was playing with Roxborough, since Saul does not have a football team.

“It’s just so heartbreaking as a mother to think that it could actually happen to your child leaving a football field. It’s just unbelievable.”

“There are no easy answers,” said Erik Larsen, the pastor at Pilgrim Church in Roxborough who helped lead Thursday’s vigil. “We’re all going to have to figure out how to live together and to deal with conflict in some sort of constructive way. We can, and it’s going to take the whole city.”

Officials who are searching for the people responsible for the shootings say they have recovered the vehicle they believed was used in the shooting. They add that Nicolas was not the intended target.

The City of Philadelphia gun violence incident map said early Thursday night that 179 children have been shot in the city this year. 24 of those shooting victims died.