PHILADELPHIA (KYW Newsradio) — Police are asking the public to help them find the man they say robbed a North Philadelphia Dunkin' Donuts and fatally shot its manager.

According to authorities, an unknown man approached the 41-year-old manager of the Dunkin' Donuts location at 500 West Lehigh Avenue just before 5:30 a.m. Saturday morning as she was opening the store.

Surveillance video shows the man pushing the manager into the building at gunpoint. After forcing her to give him money, the man shot her once in the head and left in an unknown direction. The manager was pronounced dead at the scene. 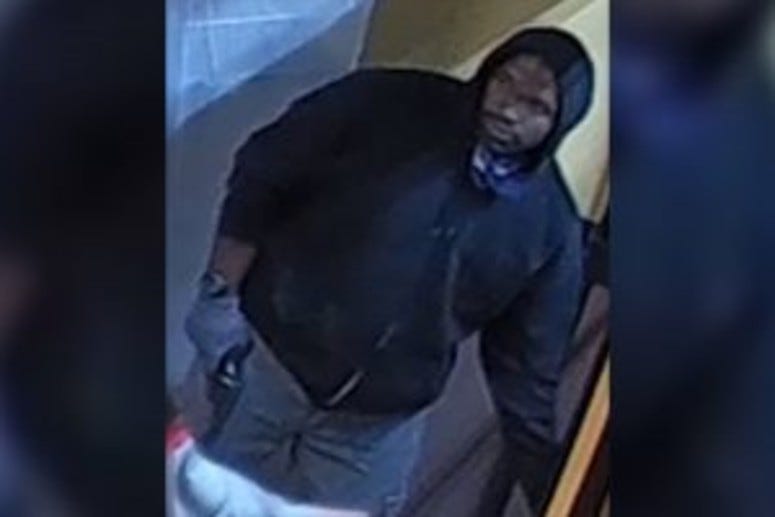 The man is described as being in his late 30s to early 40s, with a medium complexion, mustache and goatee, medium-to-stocky build, blue zip-up hooded sweatshirt, gray cargo sweatpants, light gray New Balance sneakers, an analog watch on his right wrist, blue gloves and a blue COVID-19 mask.

A $20,000 reward has been offered for information leading to the suspect's arrest. Anyone who sees him is asked not to approach him, but to call 911 immediately.