HARRISBURG, Pa. (KYW Newsradio) — Some Pennsylvania lawmakers have reintroduced legislation to stiffen penalties for repeat drunk drivers. The bills are named after a Delaware County woman who was killed by a man on his sixth DUI.

They're called Deana's Law, named after Deana Eckman, who was killed on February 16, 2019 when the car she was in was struck head-on by a pick-up truck driven by David Strowhouer.

"People from all over were outraged, asking how someone with five previous DUIs could be on the road," said Eckman's mother Roseann DeRosa.

"How is possible that the criminal justice system failed? And why is it so difficult to pass a law that would save lives and take repeat offenders off our roads?"

She said Strowhouer was out of prison the night he killed her daughter because the judge who sentenced Strowhouer on his 5th DUI gave him a concurrent sentence, instead of consecutive. He is currently serving 25 1/2 to 51 years in prison.

State Sen. Bob Mensch and State Rep. Chris Quinn have each introduced legislation that would tighten up penalties for repeat offenders, including the elimination of concurrent sentences.

"Had the individual who was convicted of Deanna’s murder been serving consecutive sentences, he would still have been in prison at the time of her death," said Quinn. 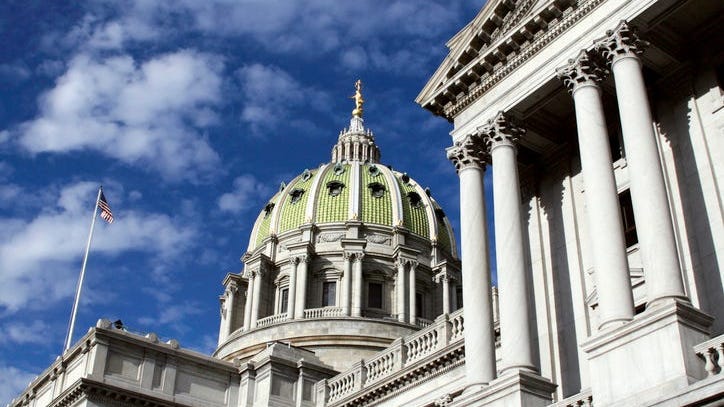 Mensch pointed out this targets repeat offenders, not the person who is just a bit over the limit one time.

“There is a great deal of additional power provided to the judicial system in the bill so they can prosecute or remove these people from the roads,” he said.

Similar legislation fell just short of passage last year after amendments were tacked on, including a protection for anyone pulled over with lower levels of marijuana in their system.

DeRosa didn't hide her frustration. "For once," she said, "please put aside politics, added amendments, budgets and your agenda and be with us that fateful night."