PHILADELPHIA (KYW Newsradio) — A day after Derek Chauvin was found guilty of all counts in the death of George Floyd, the verdict dominated discussion in Jamal Easley’s ninth-grade history class.

Students at Belmont Charter High School in Parkside and countless others are trying to make sense of the verdict and what it means for their future.

After the jury’s decision was announced, Easley asked his students via Google Classroom to talk about their feelings and be ready to discuss whether the verdict would change police violence in our nation.

“Most of the students expressed that they thought it was a step in the right direction for the family of George Floyd, and they’re optimistic about reform and change that would happen after this,” Easley said. “One student mentioned that although there was justice for the family in the George Floyd case, in that murder, that there are still so many other victims that have not gotten justice.” 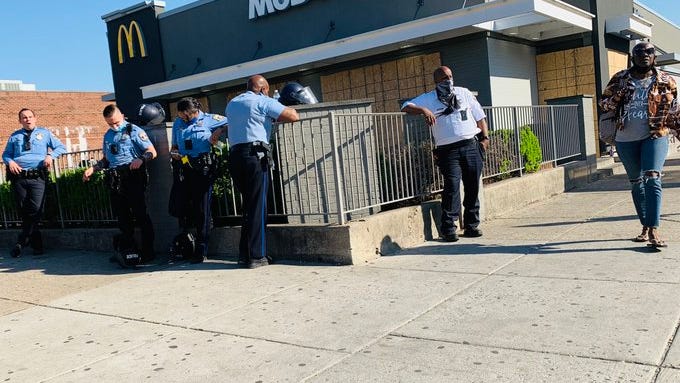 With so much information available on social media, part of the classroom discussion was about sources — which were biased, which could be trusted.

“With so much information coming at them, it’s important to — more now than ever — as educators, that we teach students how to filter through that information,” he added. “What’s true, what’s not.”

As a history teacher, Easley said it’s important to take time to connect today’s headlines with events of the past and give students the space to express themselves.

“They just want to be heard,” he said. “They want teachers and educators to listen. They want a trusted adult to listen to them and just be able to have that dialogue and discussion.”​