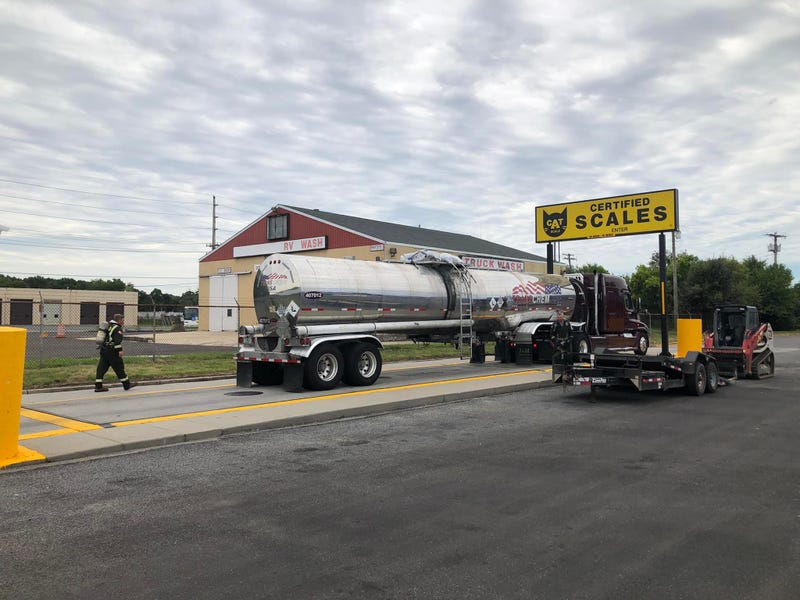 Crews were on the scene of the tanker truck on Aug. 14, 2022, that released a foul odor in South Jersey days earlier. Photo credit Gloucester County Emergency Management/Facebook
By Conner Barkon, KYW Newsradio

Still, they said they have never seen anything like this.

The smell has been lingering in the area for a week, after a tanker truck carrying 7,000 gallons of a fuel additive started to release byproducts in the summer heat, creating a rotten egg-like scent.

Many residents raised health concerns to officials and toxicologists at the town hall in East Greenwich Township, worried they may be breathing in harmful fumes.

Toxicologist Michael Reilly repeatedly assured them there is no effect to air quality, and crews are continuing to monitor the situation.

One of the byproducts released into the air is methyl mercaptan, which the CDC describes as “highly toxic” when emitted in the heat. Officials at the town hall only described it as a “nuisance odor.” 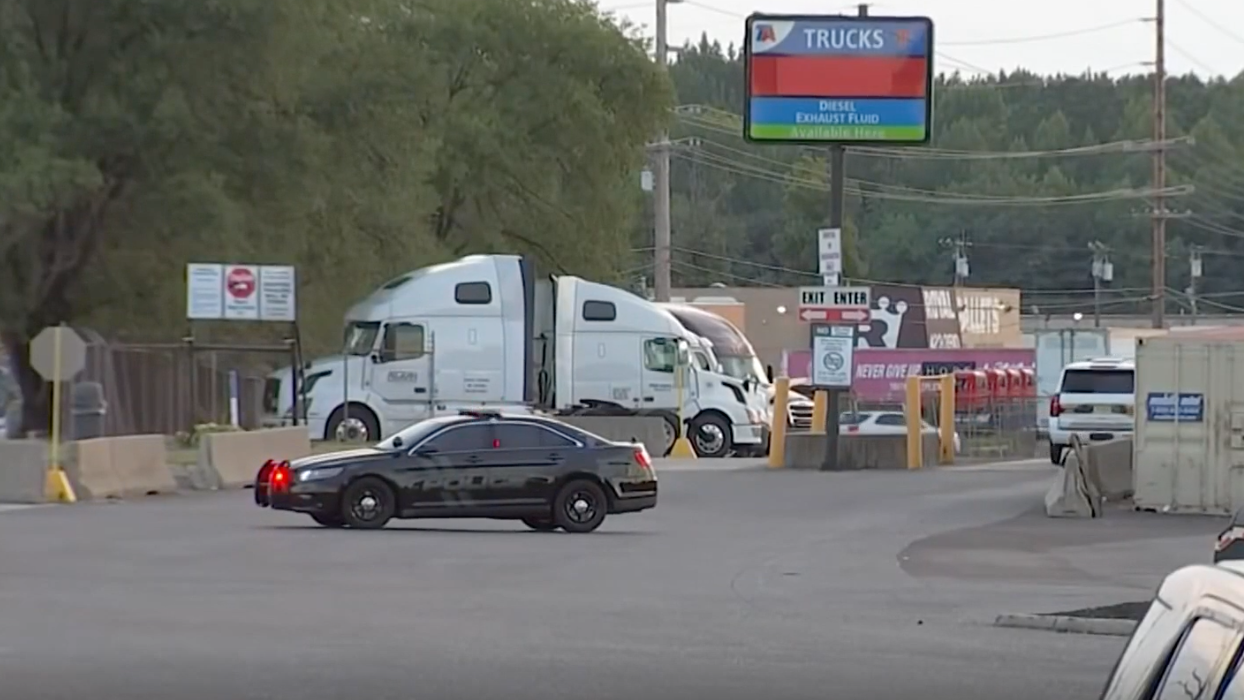 “You can be exposed to a hazardous substance, a very smelly substance, at such a low concentration that it will be safe,” said toxicologist Scott Malm.

However, some people who live and work nearby said their cars smelled for days, and many had to leave the area because they felt sick.

Malm said our noses tell a different story than his tools.

“While our instruments are not as sensitive as our noses, they are very good at detecting the concentration or dose in the air,” he explained. 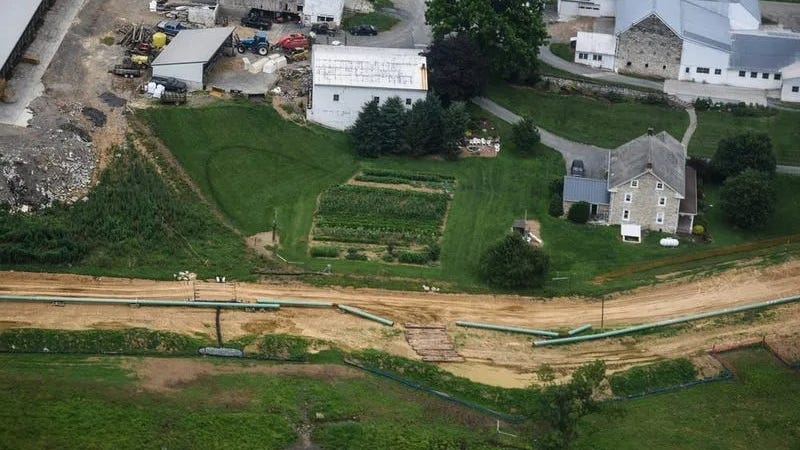 Did Mariner East construction hurt your water? Request a free test by Aug. 19

Officials could not say for certain how long the smell may linger.

A recording of the entire town hall can be viewed here.