PHILADELPHIA (KYW Newsradio) — Philadelphia police are looking for a man caught on camera toppling a statue in front of the Kuan Yin Buddhist Association of Philadelphia on Ridge Avenue between 12th and 13th streets.

Hundreds of members of the Buddhist temple in West Poplar regularly worship and pray in front of the statue, which weighs hundreds of pounds, but now it is missing from its place.

“The statue is of this figure in Buddhism called Kuan Yin, who represents a beacon of hope for many people, as well as a symbol of unconditional love,” said member Amina Fong.

She says the statue is a source of comfort and solace for people seeking guidance through times of turmoil.

“Every Sunday, normally, people come here to pray, especially to the Kuan Yin statue. But now it’s no longer here, so the community is quite sad about it,” Fong said.

She says this is the first time they’ve ever seen damage done like this. 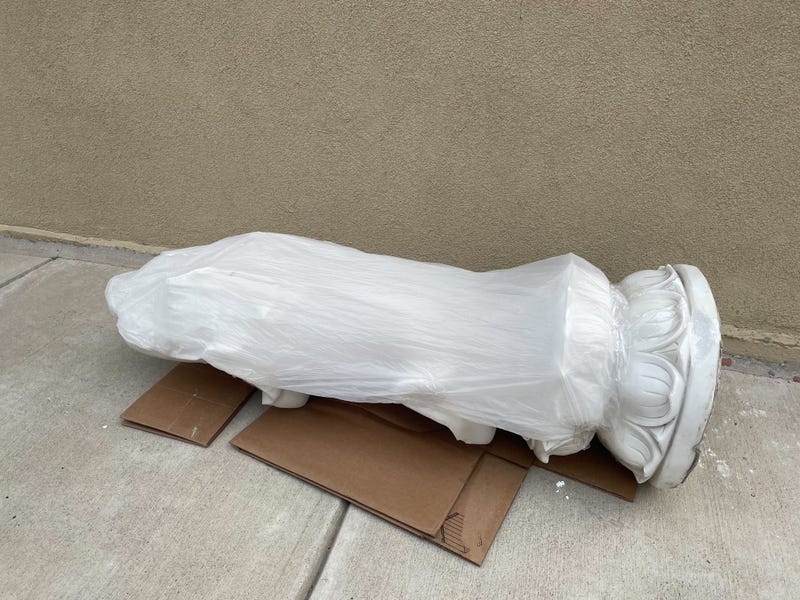 The pieces of the Kuan Yin statue that remain are too broken to fix. Photo credit Nina Baratti/KYW Newsradio

“I think the fact that the vandal chose to target a religious statue just represents the fact that this is a hate crime, and the temple and community members around it are hoping that we can avoid hate crimes like this,” she said. 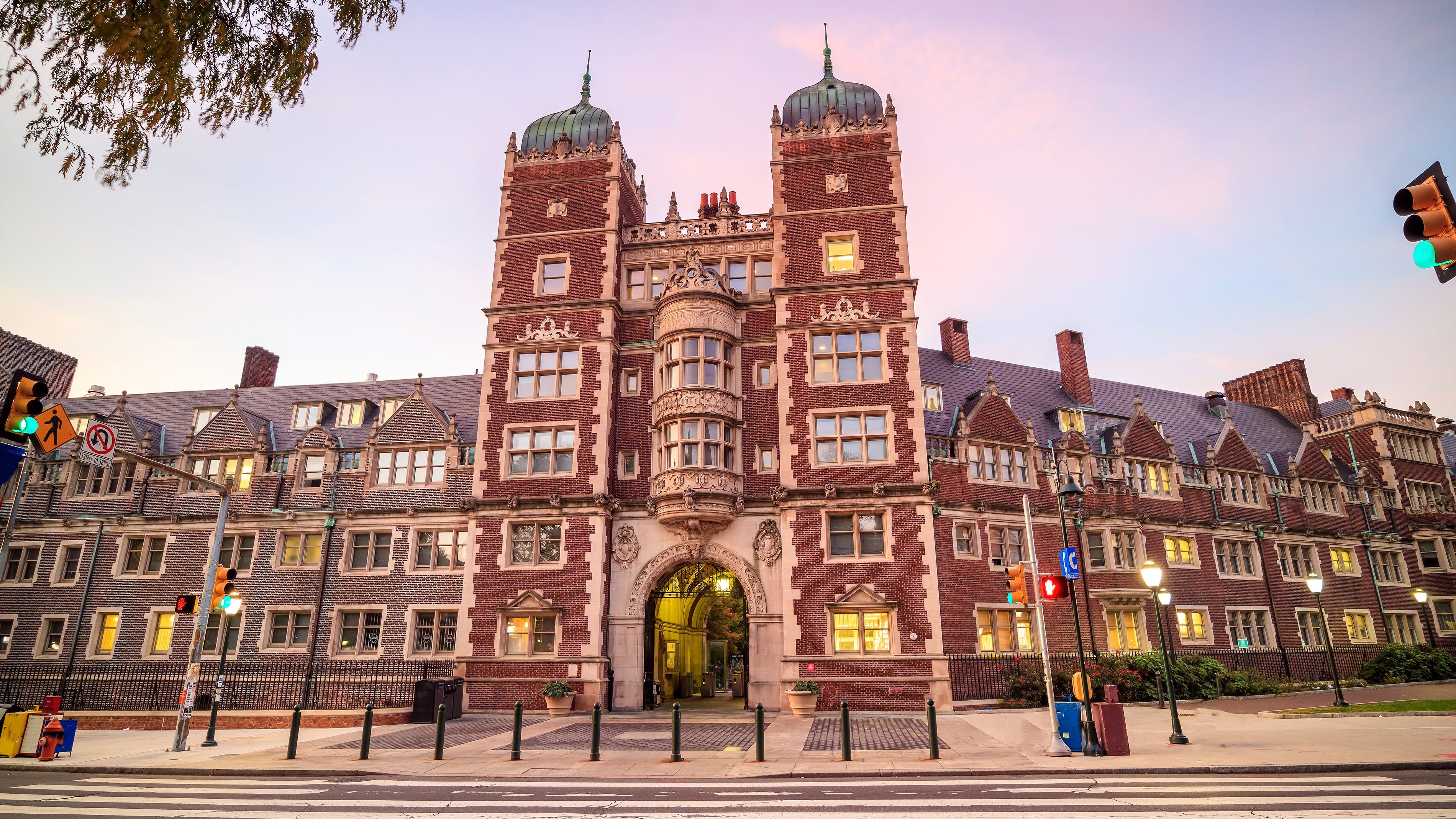 Police say the vandal first tried and failed on Saturday to topple the statue, and he returned the next day and brought it crashing to the ground. Investigators released video of the suspect in action. Anyone who has any information that might lead to a suspect is encouraged to contact police. 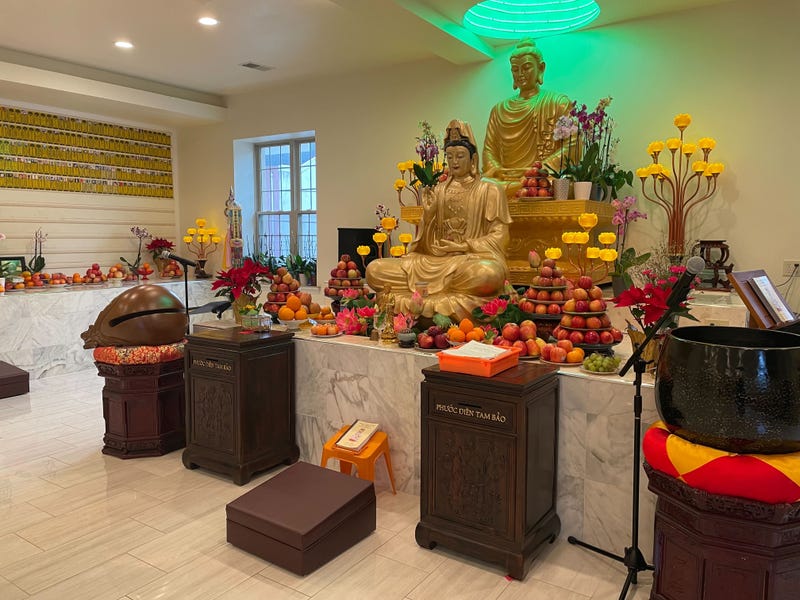 Members of the Kuan Yin Buddhist Association of Philadelphia say their weekly prayer has been disrupted by the vandalism just outside its doors. Photo credit Nina Baratti/KYW Newsradio

Members of the temple say the icon is not easily replaceable.

“The whole piece is marble material,” said Kenny Phung, who helped with the major restoration of the temple three years ago, when the marble statue first arrived from Vietnam.

It cost the association thousands of dollars at the time.

The Kuan Yin statue represents the values of compassion, peace and protection. For many temple-goers, seeing it destroyed represents a loss of that peace. The pieces that remain are too broken to fix, and the community has set a goal of raising $15,000 in hopes of replacing the statue.