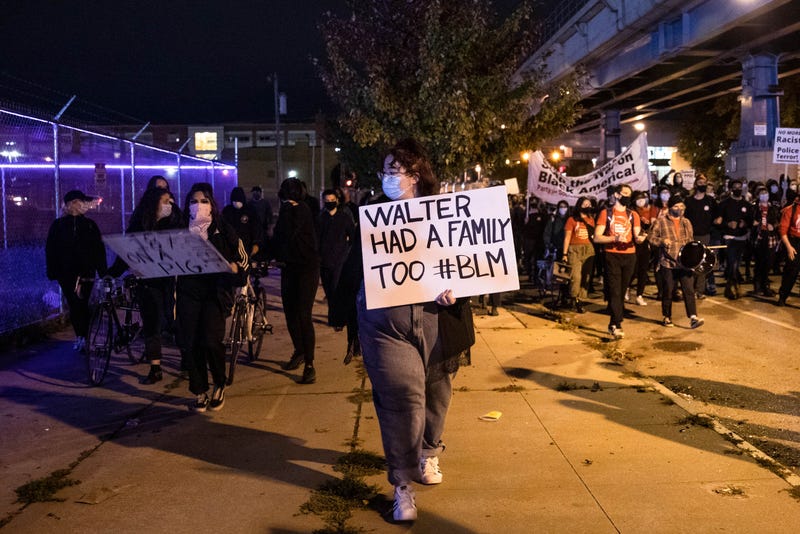 PHILADELPHIA (KYW Newsradio) — Philadelphia officials say body camera video of the fatal police shooting of Walter Wallace Jr. will not be released until Wednesday — the day after the election.

In a joint statement from Mayor Jim Kenney, District Attorney Larry Krasner, Police Commissioner Danielle Outlaw and Wallace’s family, they say the timing of the video’s release is “in the best interest of the city and its residents.”

“Philadelphians are experiencing an immense amount of pain,” the statement reads, “and significant unrest persists throughout the entire city. The collective hope of our local government and the Wallace family is that releasing the recordings on November 4 will provide enough time to calm tensions and for the recordings to be released in the most constructive manner possible.”

Kenney adds the video will be released by the close of business on Wednesday. He declined to further explain the reason for the timing.

The Wallace family has already seen the video and heard the 911 call. Initially, their lawyer criticized the city for not releasing both immediately.

The Fraternal Order of Police Lodge 5, however, wants the video released right away. President John McNesby said the video will show that the officers retreated and ordered Wallace to drop his knife more than 20 times within 50 seconds.

In a statement, McNesby added: “FOP leadership has reviewed the video and listened to the 911 tapes, the public deserves to know that this investigation will be transparent and show that officers followed police department training and protocols. The officers were justified in their use of force under very difficult and stressful conditions, an armed man confronting them with a knife.

“We also question why the District Attorney’s office will not release the tapes, so that the city can begin the process of healing.”

Rev. Mark Tyler of the historic Mother Bethel African Methodist Episcopal Church believes postponing the release of the video and 911 call is best for the family.

He, among other clergy, thinks the family was influenced by the combination of the ongoing coronavirus pandemic, the civil unrest that followed the shooting and the upcoming election.

“More than anyone else, they have a sense of what’s going to follow in the next few days, so I think we should all really respect their wishes,” he added.

Officials also said the identity of the officers involved in the shooting may be released Wednesday as well.

The family has asked that the officers not be charged, as the shooting was the result of inadequate training and equipment.