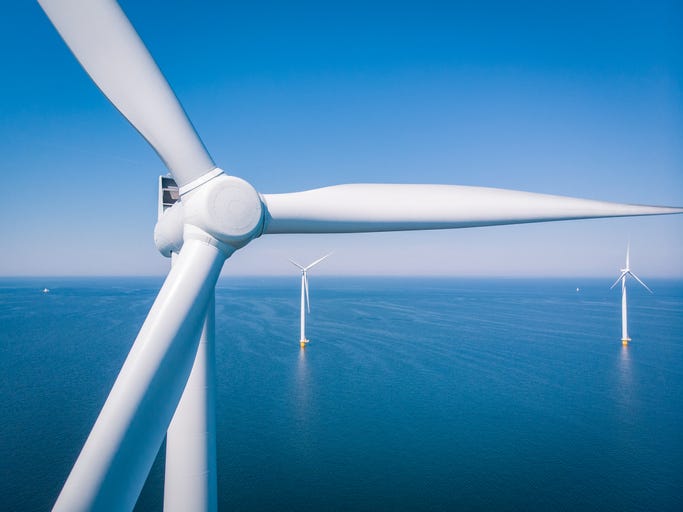 PHILADELPHIA (KYW Newsradio) — The energy industry has been on a wild ride over the past year. We saw the global cliff dive in demand, that time oil went negative back in the early days of the pandemic, and the OPEC cartel’s shenanigans to stabilize the price.

And through it all there’s been a notable constant — growth in the clean and renewable energy sector is accelerating, and it’s being propelled by market forces.

Dr. Scott Jackson, visiting professor of chemical engineering at Villanova University, joined KYW Newsradio’s In Depth podcast to break down the timeline of how the pandemic economy helped drive the clean energy revolution.

Jackson says there’s always been booms and busts in the energy industry and market reactions to them. He points out how cars changed from the 1970s to the 1980s after two oil shocks, the Arab oil embargo and the Iranian revolution.

“We went from driving these big boats that we called cars with huge V8 engines, lousy gas mileage. You know, nine to 10 miles to the gallon. And all of a sudden they all disappeared, and everybody was driving a small car,” he said.

Then in the mid ‘80s, the price of oil plummeted during a worldwide recession. The market adjusted again, and big cars and trucks made their return to the roads.

Fast forward to more recent history, and the market continues to adjust. More and more companies in the energy sector are turning away from coal fired power and towards natural gas, not just because natural gas is better for the environment, but because it’s just plain cheaper to use.

Jackson says it’s important to note that this was an economics driven decision made regardless of not-insignificant political pressure in the other direction.

“Despite the Trump administration not wanting to help renewables or reduce our carbon footprint, that was happening anyways,” Jackson said, “simply because the economics were there.”

Jackson is optimistic about the future of green energy, including wind power, which has increased on “an absolute basis” during the pandemic. He says wind power is the cheapest power at about 2 or 3 cents a kilowatt-hour.

“Yes, the government has a responsibility to a certain extent to push an agenda of renewables because there is climate change. But economics are going to drive it too, and probably much more efficiently in some ways.”