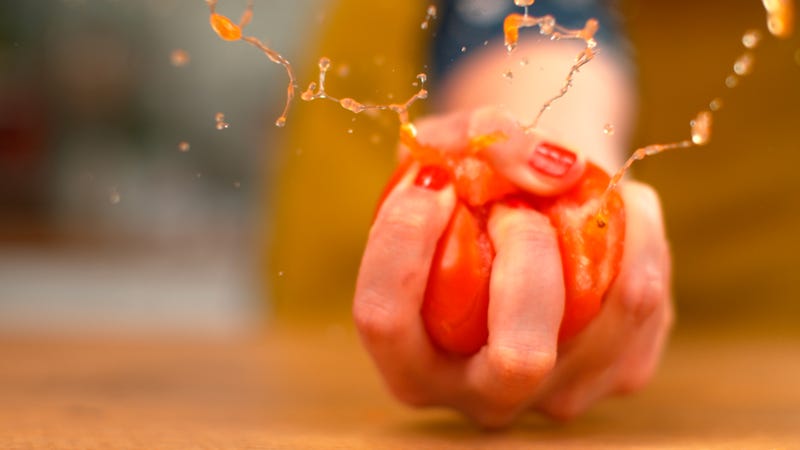 An imagination is a terrible thing to waste. Neil Krieger of Jamaica Plain had quite the imagination, according to his kids Hilary and Jonathan. He was a scientist, he was creative, and he was the inventor of a fake word.

Orbisculate (verb, used with object) - that thing that happens when you bite into a cherry tomato, orange, etc., and the thing squirts all over you.

The kids thought it was a real word for years. They were dumbfounded when they realized...they'd been had!

Sadly, Neil passed away in April from COVID-19, and now his kids are putting their efforts towards the best dedication they can imagine... making this fake word real.

The pair created Orbisculate.com, where they talk about the word's origin and meaning, have a petition to pressure the Merriam-Websters of the world to give the word a look, and even are selling merchandise with 100% of the proceeds going to family support non-profit Carson's Village.

So, why don't you sign the petition, buy a shirt or two, and next time you take a bite of a succulent piece of orange, and it gets you in the eye, think of how you wished it didn't orbsiculate on you.