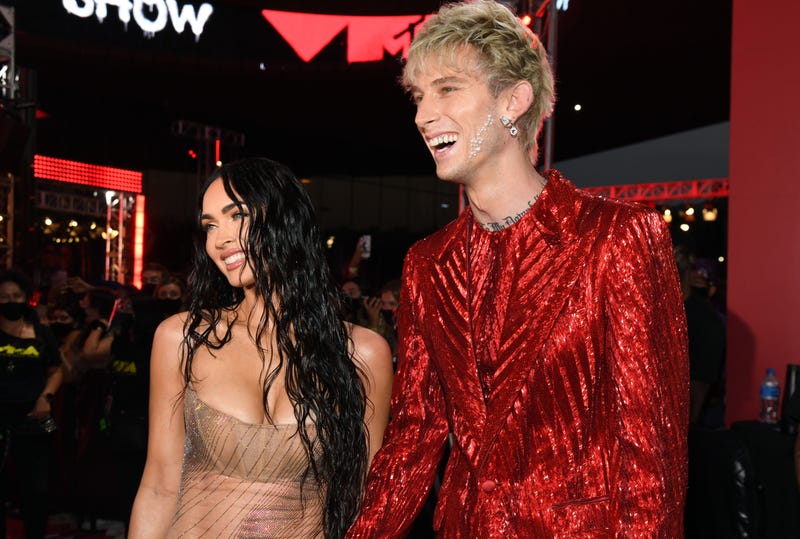 Photo credit Machine Gun Kelly and Megan Fox
By Mercedes and Mercedes in the Morning, Mix 94.1

o  Machine Gun Kelly got down on one knee and proposed to Megan Fox yesterday.

o   The two met in March of 2020 on the set of Midnight in the Switchgrass.

o  She posted a video of the proposal with the caption, “In July of 2020 we sat under this banyan tree. We asked for magic. We were oblivious to the pain we would face together in such a short, frenetic period of time. Unaware of the work and sacrifices the relationship would require from us but intoxicated off of the love. And the karma. Somehow a year and a half later, having walked through hell together, and having laughed more than I ever imagined possible, he asked me to marry him.”

o   After finding out how hot dogs are made Snoop D-O-double G may be launching his own hot dog brand.

o   The hip hop legend already sells gin, cannabis, and cookbooks and now a new legal filing applied at the U.S. Patent and Trademark Office shows that he registered the term “Snoop Doggs,” saying he plans to use it to sell hot dogs and other types of sausage.

o   The chip company has been secretly growing potatoes in dirt taken from NFL stadiums.

o   And now they have created a limited-edition line of chips with them!

o   Unfortunately, you can’t buy them, you have to win them.

o  They did it for 29 of the 32 teams . . . Browns, Bengals, and Broncos fans are out of luck. For teams that play on turf, they used dirt from somewhere else in the stadium. Then they mixed it with more dirt and grew potatoes in it.

o   To win a bag, go to Lays.com/GoldenGrounds and click on your favorite team's bag.  That automatically tags them in a Tweet.  Then you have to post a photo or video showing that you're a die-hard fan.  They're doing five different giveaways between now and January 21st, and only giving out 200 bags per team.