Audacy host Brad Steiner welcomed Seattle Alt darlings Death Cab For Cutie at the Hard Rock Hotel in New York City for an acoustic set of new songs and old faves, as well as a discussion about their new era of music, arriving in full in early September.

Exciting times are ahead as Death Cab For Cutie's upcoming tenth studio album, Asphalt Meadows, is set for release on September 16. The band followed up their first single of 2022, "Roman Candles," with their second offering, "Here To Forever," earlier this month.

Just over four years since dropping their previous album, 2018’s Thank You For Today, the band has seemingly settled into a somewhat regular release cycle. “An appropriate amount of time for us to wait between records,” frontman Ben Gibbard explains. Although, for fans, that long of a wait can seem like forever, especially when their emotional songs and lyrics tend to occupy the same intimate spaces in their lives as special occasions and even times of loss.

Speaking from a lyrical standpoint, Ben says his writing process never incorporates thoughts of exactly how the weight of his words will resonate with those who hear them. “It’s an honor when people tell me something like that, that the music has been there for them at particular moments in their lives.” But, he admits, “that’s never necessarily been the intention. In the same way that we’re all fans of a lot of music, and it’s the reason The Cure is one of my favorite bands, because they’ve been there for me in all these moments in my life. But I’m sure Robert Smith is not sitting there like, ‘'Pictures of You’ is really gonna help a lot of people!’ It just becomes what it is; music goes out into the world and it no longer is ours, it becomes somebody else’s.”

“We write music that we want to listen to,” Gibbard adds. “I write music, we make songs that are filling a void. You know, at one point there was no ‘Soul Meets Body,' and now there is… I wanted that song to be in the world and now it’s in the world, right? We don’t drive around blasting our own record 24/7, but certainly when we finish something we’re proud of I listen to it and I’m like, ‘That sounds awesome!’ The same way that I would listen to music from somebody else that I like.” Current keyboardist Zac Rae, a former member of Alanis Morisette’s backing band, however, has a different take. He admits with a smile, “I was a fan before I was in the band.” 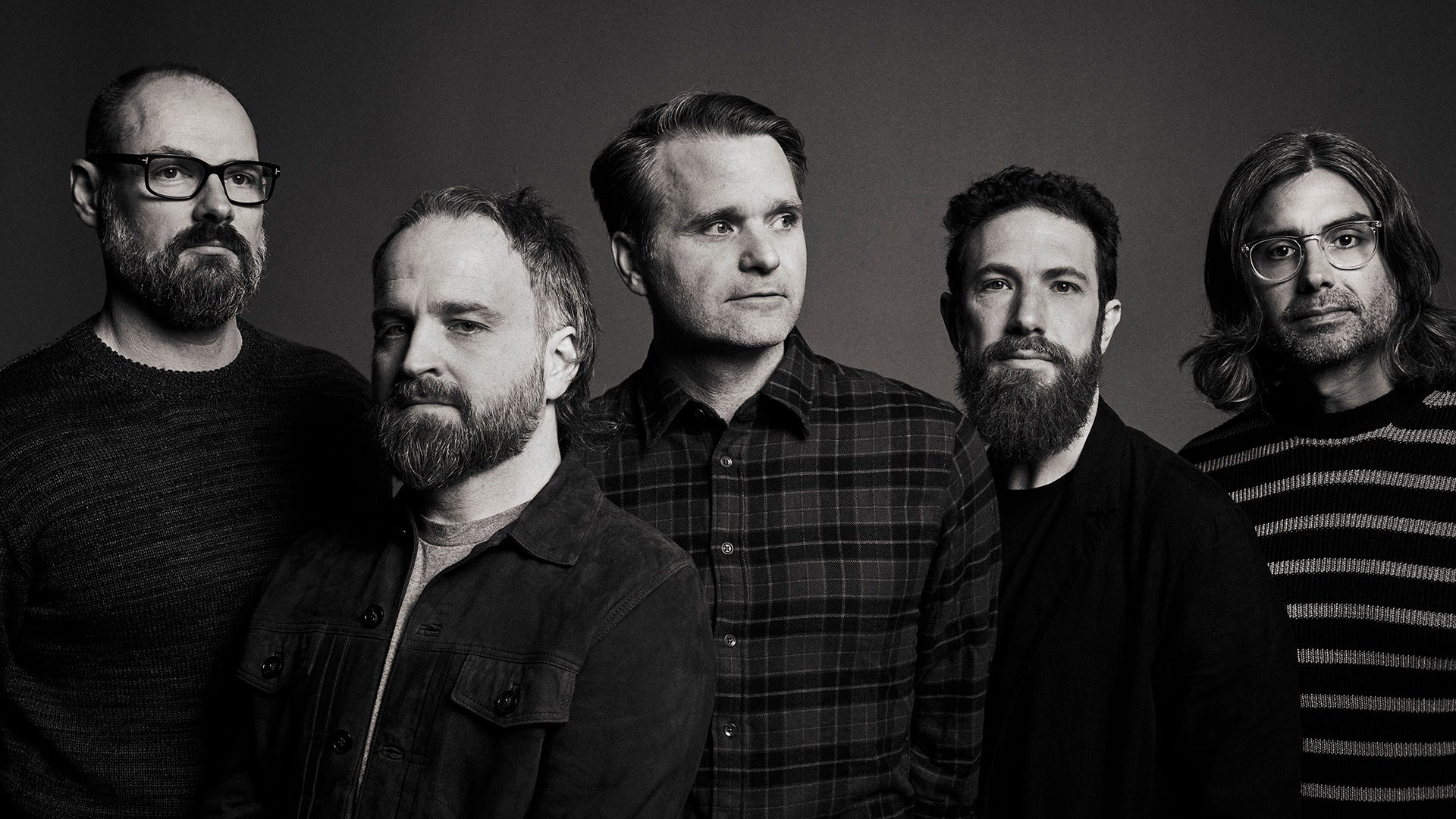 Diving into the new record Asphalt Meadows, which was begun before the pandemic lockdowns, Gibbard explains how the group, displaced due to COVID, employed a “round-robin” style of songwriting while sharing files with each other. “We would choose an order… pick a piece of music,” and then each member would have 24 hours to add their own ideas. “No one would hear it, and the rule was once you had the music in front of you, you had complete creative control over it. You could do whatever you wanted to it. If it was like a samba and you wanted to make it into a hardcore song, you could do it. The person who initiated this sort of chain-letter on Monday would only hear what the song sounded like on Friday, because we weren’t giving progress reports. No one was allowed to listen to it until Friday.”

That became the band’s preferred creative writing style over the months, especially for Ben who says he found the process helped to break him away from some of his harmonic and melodic tendencies. “That would have never come from me,” he admits. “I think we got a lot of interesting music out of that.”

“This is kind of how music has been being made, in some form or fashion, for quite some time,” he continues. “There’s producers who make tracks and send in the vocalist, and add vocals on them. It’s been interesting to see now, albums that were created during that [lockdown] time there’s a lot of people leaning into, ‘yeah it was crazy, it was quarantine!’ And it’s like, well that’s kind of how music was made anyway. We certainly leaned into this process that wouldn’t have been initiated if not for the quarantine, but it’s also somewhat in keeping with how we’ve worked on music when we’ve been apart -- because we live in four different cities.”

Although, they can’t all be keepers, right? “What did we generate, like fifty or sixty of these songs?” guitarist Dave Pepper wonders. “And there are so many that are terrible,” he says. Ben jumped right in: "Yeah, most of them are trash!” Pepper adds, "I would die if anyone heard them… but the advantage of having that much material is we had a rich well draw from to come up with a very distilled final ten or eleven. The party was going into a real recording studio with a real producer.”

As the band takes the new record on the road this Fall, expect a welcome distraction from on-stage political rants, as it’s a topic they have consciously removed from their performances. Ben explains that if you know anything about the band at all, you likely know where their politics lie, and they now choose to focus on the people and places they love rather than on things that can not be controlled. “We need to take those moments to go, ‘You know what, life’s actually pretty great,’” says Gibbard. “We only get one, so let’s try to take a second out of every day just to be like, ‘yeah, it’s pretty great actually.'”

Watch our special stream of DCFC's acoustic performance and interview from the Hard Rock Hotel in New York City above for limited time -- plus, stay tuned for even more listening experiences and artist interviews from your favorite stars and celebs on Audacy.com/Live.