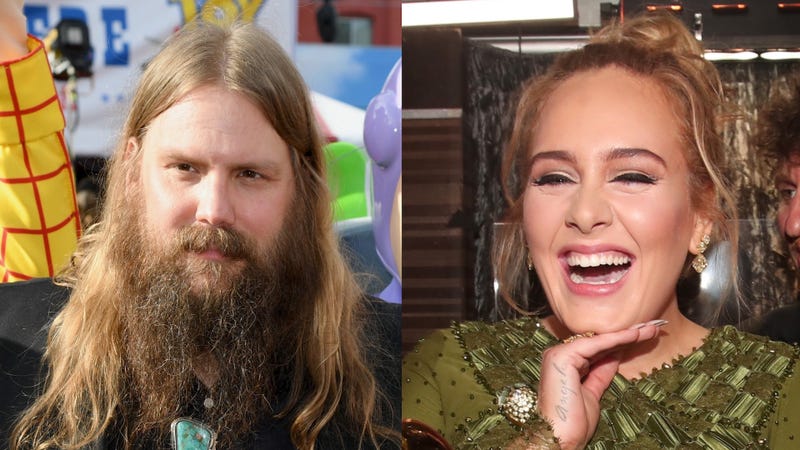 Chis Stapleton isn’t a regular dad, he’s a cool dad and he proved it when he made a career defining moment all about his daughter.

After receiving a phone call from Adele asking him to collaborate on a new song, Stapleton not only took the opportunity for the collab of a lifetime with “Easy On Me,” but also scooped up the opportunity to collect some major dad points.

“When Adele called me to ask me to do it [the collaboration], I did stick her on the phone with my daughter real quick,” a very humble Chris confessed to Audacy’s Katie Neal. “I said, ‘Here, talk to Adele real quick’” he laughed. “I got a little bit of dad points there, I think. That was fun.”

You think? We’re sure there were some mega dad points earned in that moment. Added to his Country star status and recent collaboration with Taylor Swift, it’s a good thing Chris is a humble man…

“I’m surprised when anyone calls me to do anything,” Chris shared. “Certainly when those two ladies [Adele & Swift] wanted to do something, yeah, you’re pleasantly surprised and you go, ‘Yeah, sure. What do you want me to do?’”

With plenty of career to go, Stapleton has already marked some big artists off his bucket list for collaborations, so who is he hoping to get a call from next?

“I don’t know, Paul McCartney?” Stapleton laughed. “I’m putting it in the universe, just in case…. Aim for the moon, why not?!”