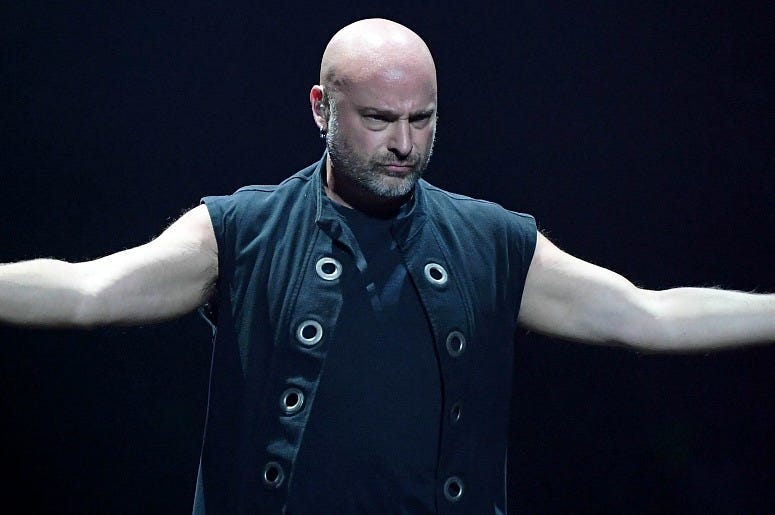 Say, could you see David Draiman of Disturbed singing the National Anthem at the Super Bowl? He could, and the band has gone as far as to start a write-in campaign for the vocalist to be a part of this year’s event in Miami.

On the group’s Facebook and Twitter pages, they have asked fans to add the “Are You Ready” singer into a poll from Billboard that asks, “Who Should Sing The National Anthem Before Super Bowl 2020?” The dynamic voice of Draiman would be the first rock singer to take the spotlight before the “Big Game,” but it’s something he’s been training for since he was young.

Open link, type in “David Draiman” in the other section, and click VOTEhttps://t.co/KIKqptv1eV

“I’ve dreamt of doing it my entire life. Been rehearsing it since I was a little boy,” Draiman tells Loudwire in a new interview. “I love my country, and I would be honored beyond words to have the opportunity to try and inspire, strengthen, and give hope, at a time when we need those things more than ever.”

The addition of Draiman would be a big win in the world of Rock, with some critics like Dee Snider recently complaining that the genre has been excluded from the NFL’s biggest event. “Week after week rock is the go-to music during games but gets no respect when it comes to the Super Bowl” Snider tweeted last month. The message came after Jennifer Lopez and Shakira were announced as performers during the Halftime Show.

That slot appears to be spoken for, but is there room at the National Anthem to give space to someone who specializes in Rock? Draiman has been preparing and is ready to wave the flag in more ways than one.

“It would be nice to have rock represented on some level at the Super Bowl,” Draiman continued. “To prove to everyone that there are rock singers out there who can do the anthem as much justice as any pop artists out there, and even possibly take it higher.”

The anthem has never been performed by a rock singer at the Super Bowl.
It was previously performed by Carrie Underwood and Billy Joel the last two times the game was played in Miami.