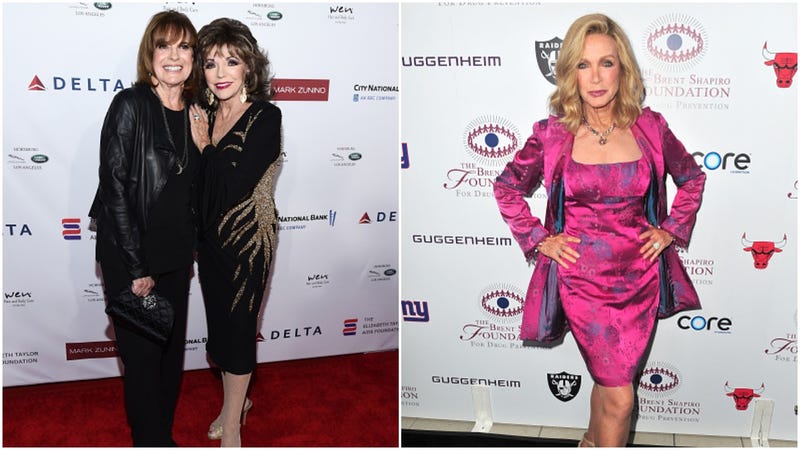 It was arguably the biggest crossover since “Avengers: Infinity War,” three of the most iconic soap divas in television history, Linda Gray, Joan Collins and Donna Mills, reunited at a holiday party over the weekend.

“Three actresses ready to party for our annual #christmas party,” Collins captioned a shot of the living legends together.

Collins, 86, who played the glamorously evil Alexis Carrington on “Dynasty,” took center stage decked out in a black off-the-shoulder top and sequin pants.

With her brunette locks cascading to her shoulders, Gray, 79, beamed in a sheer animal-print top and black pants. While 79-year-old blonde bombshell, Mills, kept it classic in a monochromatic black and white look.

Gray later shared another snap of the squad and added the note: “Lovely seeing good friends at a Christmas party last night.”

Long before fabulous Cookie Lyon reigned supreme on “Empire,” these three actresses ruled the airwaves thirty years ago during the height of the primetime soaps in the ‘80s.

Collins joined “Dynasty” at the start of the ABC show’s second season and continued in the devilish role of Alexis until its finale in 1989. She later returned for a reunion miniseries in 1991.

Gray portrayed Sue-Ellen Ewing, the wife of notorious gun-shot victim J.R. Ewing, on “Dallas” from 1978 - 1989, before returning for the CBS series finale in 1991. She later starred in two reunion movies and was one of the original cast members to appear in the 2012 TNT reboot of the series.

Finally, Mills added spice to “Dallas” spin-off “Knots Landing” as the conniving Abby Cunningham from 1980 to 1989. She revisited the role for the series finale in 1993 and then again for the reunion miniseries in 1997.

Fun fact: Nicolette Sheridan, who first rose to fame playing Paige Matheson on “Knots Landing” for eight years, took over the role of Alexis Carrington during the first season of the CW’s “Dynasty” reboot in 2017.