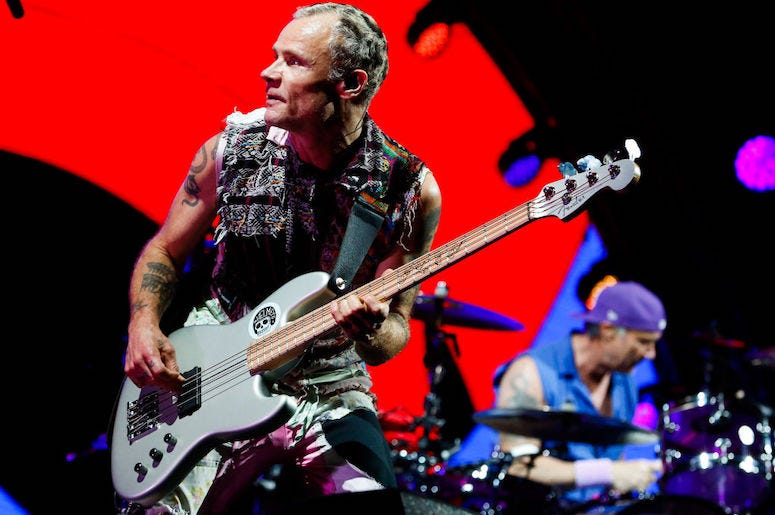 Nandi’s latest creation pays tribute to the Red Hot Chili Peppers as the drummer shared a fantastic cover of their 1992 hit song “Under The Bridge.”

Flea caught wind of Nandi’s cover and took to social media to show his support. “Always love to Nandi!” He wrote in a post that shared her video.

The Red Hot Chili Peppers can now be added to the extensive list of musicians that have been given the cover treatment from Nandi.

Perhaps the most famous cover Bushell put out was a version of the Foo Fighters hit “Everlong.” The cover spawned spawned a months-long drum battle between her and Dave Grohl.

Grohl and Bushell ended their months-long drum battle this past fall when the Foo Fighters frontman finally conceded defeat. “She’s beating the crap out of her drum set, and when she does drum rolls, she screams,” he said. “I was like, oh my God, this kid is a force of nature.”