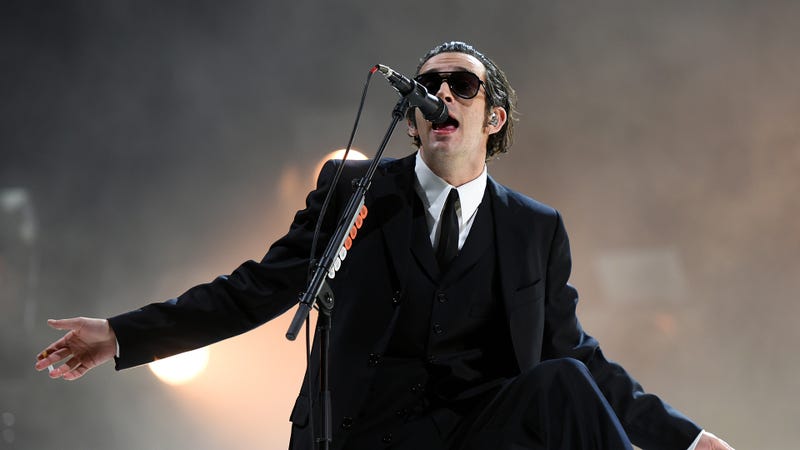 WILLOW - ur a stranger

WILLOW's brand new album COPINGMECHANISM follows 2021’s explosive release, lately I feel EVERYTHING, and arrived last week along with a self-directed music video for "ur a stranger," starring another member of American musical royalty, Paris Jackson, as her "music video dream girl."

Still well on their way traveling the road to stardom, Italian rockers Måneskin have a brand new rock power ballad in the can with "The Loneliest" ahead of the launch of their major North American tour on October 31 in Seattle, wrapping December 16 in Las Vegas.

Following up The 1975's prior teases "I'm In Love With You," "Happiness," and "Part Of The Band," the group offered up another to get fans ready for the full release of their fifth studio album, Being Funny In A Foreign Language, on October 14. Check out their Samuel Bradley-directed video for "All I Need To Hear" now.

Perfect for this month, Muse's Will Of The People single "You Make Me Feel Like It's Halloween" is without a doubt your October anthem. Check out Muse's Matt and Dom discussing their 2022 album album and more right HERE with Audacy host Nicole Alvarez.

James Mercer of The Shins and Brian ‘Danger Mouse’ Burton have returned with Into The Blue, Broken Bells' first album in eight years featuring the previous singles "We're Not in Orbit Yet...," "Saturdays," and "Love on the Run." Listen to the album track "One Night" now.

Put on your church shoes and listen to the haunting lead single off singer/songwriter Hozier's forthcoming third album, Unreal Unearth.

Paramore - This Is Why

The wait is finally over... Paramore has officially returned with their first new music since 2017’s After Laughter! Listen to the brand new track, "This Is Why," right now and in the mix on Audacy's Paramore Radio -- and get ready to see the band on the road!