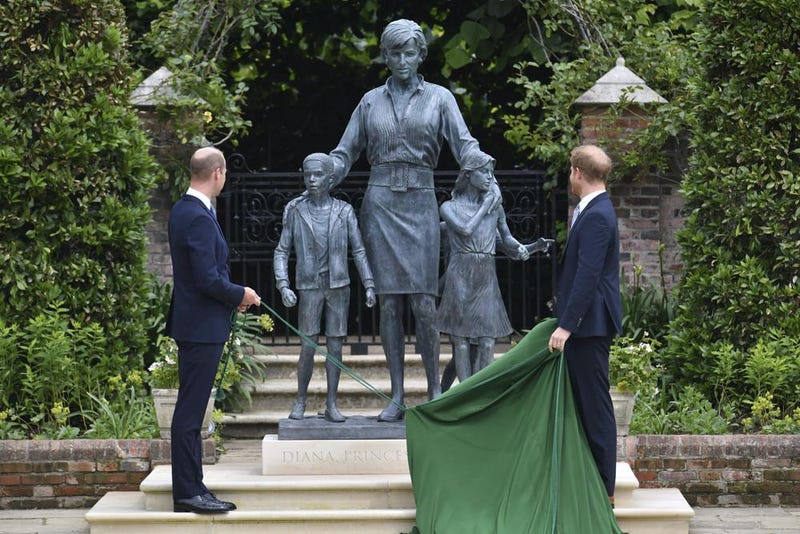 Much sooner than expected, today we get a glimpse of the royal brothers, Princes Harry and William, together again.

The occasion, as reported by AP, was the unveiling of a statue of William and Harry's beloved mother, the late Princess Diana.

The statue’s debut happened in front of a small gathering, mainly consisting of Diana’s family, and on what would have been her 60th birthday. The ceremony itself, at London’s Kensington Palace, was brief.

Today, on what would have been our Mother’s 60th birthday, we remember her love, strength and character – qualities that made her a force for good around the world, changing countless lives for the better. pic.twitter.com/jsZXyUsG7q

— The Duke and Duchess of Cambridge (@KensingtonRoyal) July 1, 2021

The statue stands in the palace’s Sunken Garden, a spot Diana often visited to find solace during her tumultuous marriage to Prince Charles.

The brief duration of and respect given to this particular ceremony didn’t allow for the usual press questions, though the brothers offered up an official statement.

“Today, on what would have been our mother’s 60th birthday, we remember her love, strength and character – qualities that made her a force for good around the world, changing countless lives for the better,” William and Harry said. “Every day, we wish she were still with us, and our hope is that this statue will be seen forever as a symbol of her life and her legacy.” 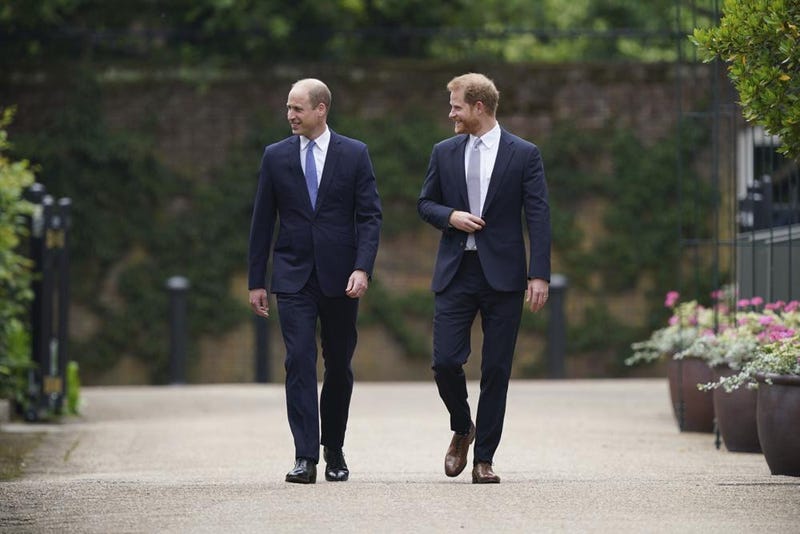 Prince William and Prince Harry (l-r) meet for the first time in public since Prince Philip's funeral, at the unveiling of their mother's statue this morning. Photo credit AP

It was the first time the two have appeared in public together since the funeral of their grandfather, Prince Philip, in April.

They’ve recently had some family drama over the increasingly unmasked history of the royal family -- not to mention Harry and wife Meghan Markle’s controversial interview with Oprah, Harry’s documentary series on mental health, and the famed couple’s decision to extricate themselves from royal duties and move to the U.S.

At least the statue won't be another controversy to deal with. Thankfully the statue -- Diana flanked by three children -- is a lovely and well-drafted version of the Princess, so no Lucille Ball fail here. 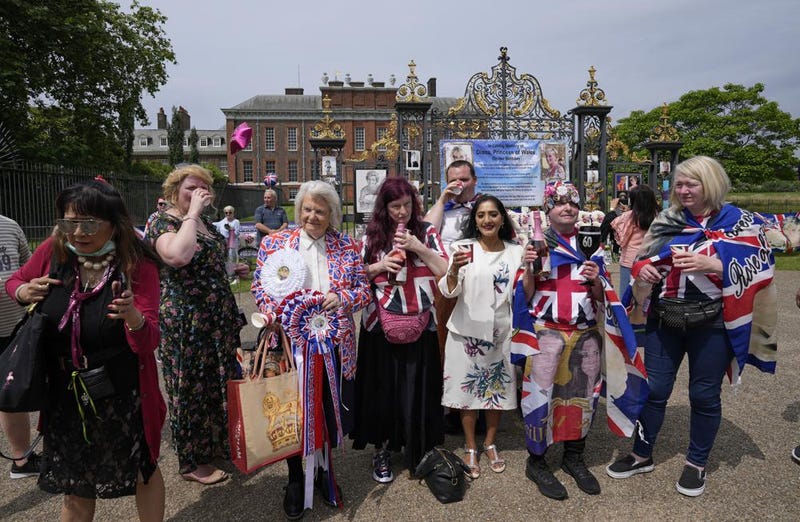