Ahead of their big Beach stage set at Audacy Beach Festival, The 1975 joined Ashley O in the Hard Rock Artist Lounge for a quick chat where Matty Healy spilled some deets on his surprise appearance during Dashboard Confessionals set, and the band shared their love of Paramore, the impact of Jack Antonoff, and more.

LISTEN NOW: The 1975 on impact of Jack Antonoff, love of Paramore

After revealing he hadn’t shared his plans to take the stage with Dashboard with the rest of his bandmates, one of which was in the crowd watching, the other at the spa, Matty, Adam Hann, Ross MacDonald, and George Daniel discussed the evolution of both the band and their music over time from experimenting with different instruments and composition to cycling back to really focus on the fundamentals whilst implanting all that they’ve learned. 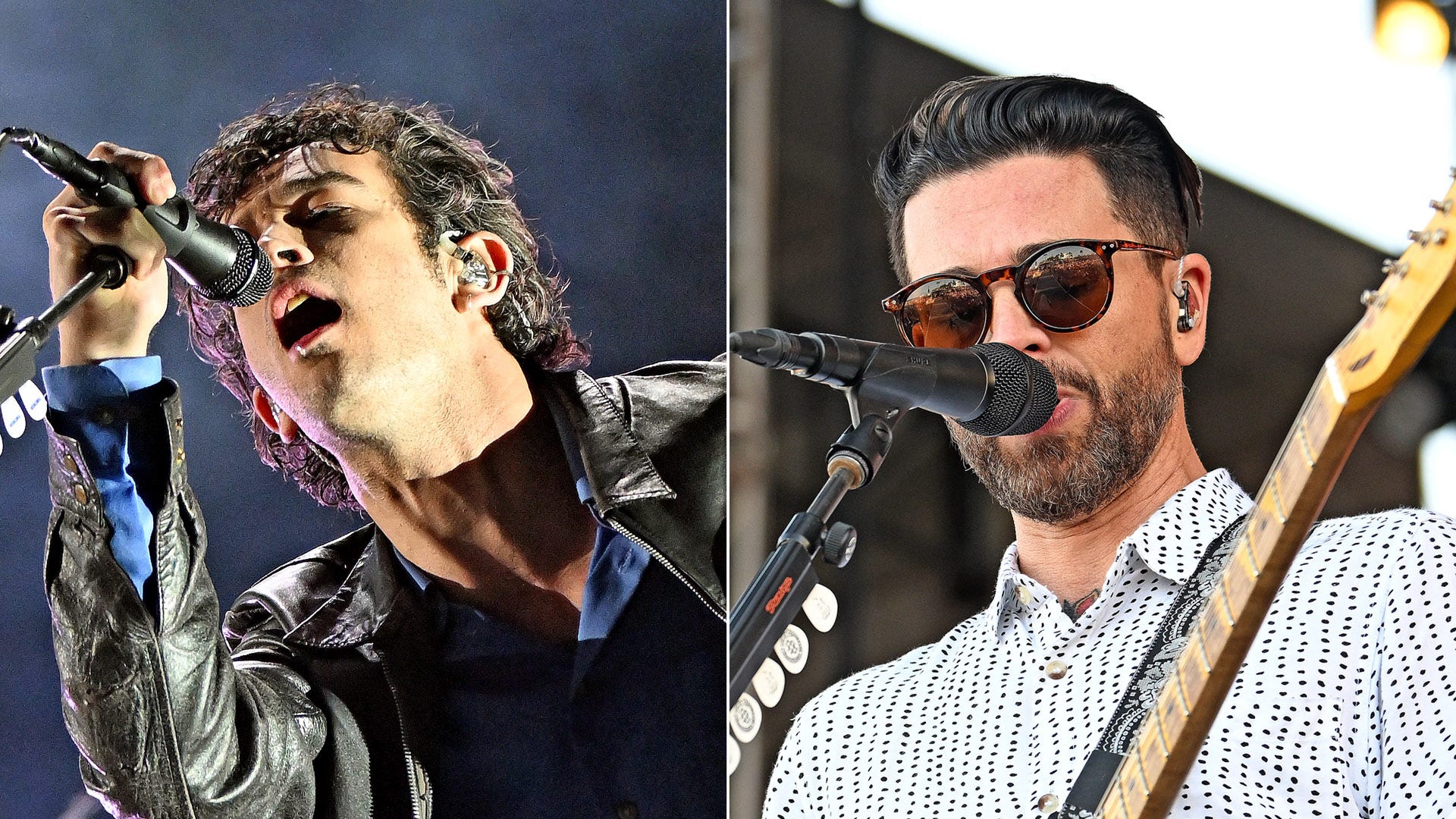 While working on their latest album, Being Funny in a Foreign Language, George noted, “we created the most limitation, because that breeds a different sort of creativity.”

There to give their “ideas a lot of confidence,” during the album writing process, was Bleachers' Jack Antonoff, who co-produced the record.

“He's all about the moment, and capturing that, rather than polishing stuff and making it perfect. That’s why this album sounds a little bit more raw,” Ross shared. “Jack’s such a great person to have in the room when you're making something,” Matty added.

One very important point, is that no matter what or who is in the room, The 1975 will remain true to themselves, and make sure their voice is heard the loudest. That said, collaborations, especially with those they revere, will always be something they love to do.

Speaking of, during a recent Audacy interview with Paramore, Hayley Williams spilled to her bandmates for the first time about her recent back and forth with Matty, in which they exchanged admiration for each other's work and discussed the bands hanging out. Taking the opportunity, Hayley said, “If you’re listening guys, let’s set it up.”

WATCH NOW: The 1975 on impact of Jack Antonoff , love of Paramore, and more at Audacy Beach Festival

“That’s so cool,” Matty said, after watching a playback of the interview, sharing that he and Hayley did message back and forth, noting, “she’s been so nice about the band, and I was like, ‘well that’s an excuse to talk with Hayley from Paramore, isn’t it?’”

Matty adds that Paramore sits “in a part of my heart that Dashboard today does… so, they’ll always be a very special band to us.”

For all that and more, check out The 1975’s entire interview with Audacy above and follow along for additional coverage from Audacy Beach Festival.