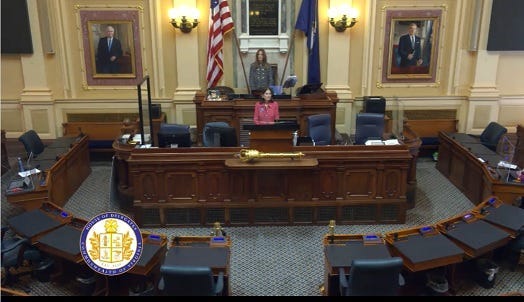 Richmond, Va. (Newsradiowrva.com) - The Virginia General Assembly has opened its 2021 session.   The session, like the special session last fall, will be unusual; the House of Delegates is meeting online while the State Senate is meeting at the Science Museum of Virginia.

Republicans, in the minority, did successfully block attempts to make the session 46 days, as is traditional for odd years.  The GOP argues it is not needed because of the lengthy special session this fall.  The every two year extension to 46 requires a two-thirds vote.

Democrats decried the move, saying Virginians need their Government to govern.  The session, for now, will go the consitutionally mandated 30 days.