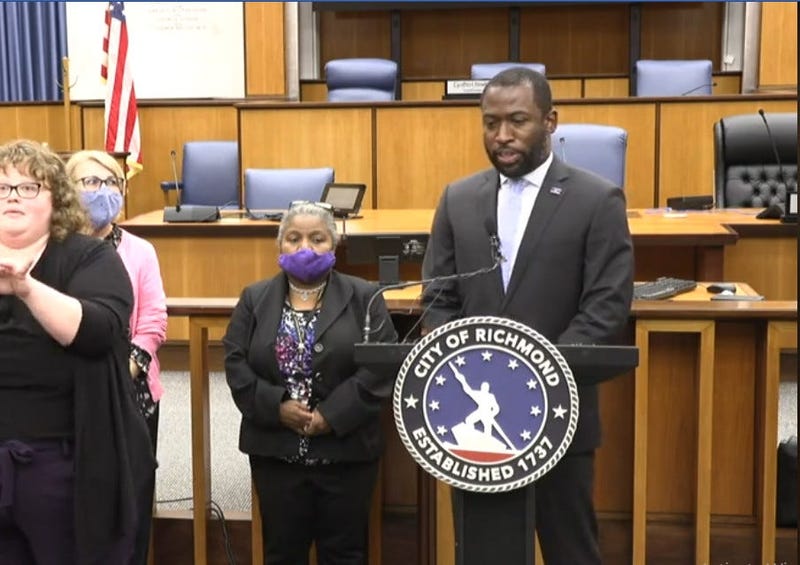 Richmond, VA _  Richmond Mayor Levar Stoney Tuesday afternoon announced that he had asked for, and received, the resignation of Police Chief William Smith.  The resignation followed weeks of protests in the aftermath of the death of George Floyd in Minneapolis that included standoffs at Richmond Police headquarters on West Grace Street in recent days that left some officers and demonstrators injured, and resulted in the use of tear gas and pepper spray on some demonstrators.

In making the announcement, Stoney said he had high expectations for the Richmond Police Department and at a very minimum, expected them to be willing to "come around the table" with the community to inform and re-imagine public safety".  Stoney said it boiled down to "whether the leadership of RPD embraces the change or stands in the way".  While calling Smith a "good man" who has served the city for a very long time, Stoney added that is why he asked for Smith's resignation.

Smith has been with the Richmond Police Department since 1995, and was appointed Police Chief in June of 2019.