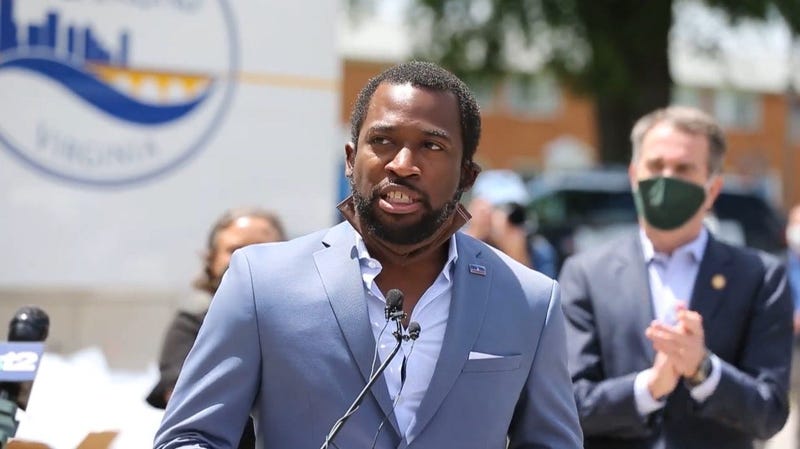 Richmond, VA _   Richmond police says more than 233  people were arrested during a third night of protests in the city Sunday night after protests continued in violation of an 8pm curfew.

Police Chief William Smith says more than half of the people arrested were not from the City of Richmond.

While most of the were for curfew violation, there were also arrests for firearm violations and commercial burglary.  Smith says 23 guns were seized as a result of the arrests, six of which had been stolen from the Jefferson Lowe pawn shop on Broad Street on Saturday night.

Smith said earlier that police had been in contact with federal authorities who are investigating extremist groups that have traveled to Richmond, and other cities, to stir up violence.

Various city and state leaders gathered Monday in Jackson Ward for what was billed as "A Call To Action", including U.S. Senator Tim Kaine who urged attendees not to allow anyone to "change the subject", while acknowledging the heightened trauma Black and minority communities have been experiencing in recent days and weeks, an acknowledgement that drew sobs from one woman in attendance.  The event to address the Minnesota death of George Floyd in police custody was originally scheduled for Sunday.

The curfew for the City of Richmond is in effect until Wednesday.