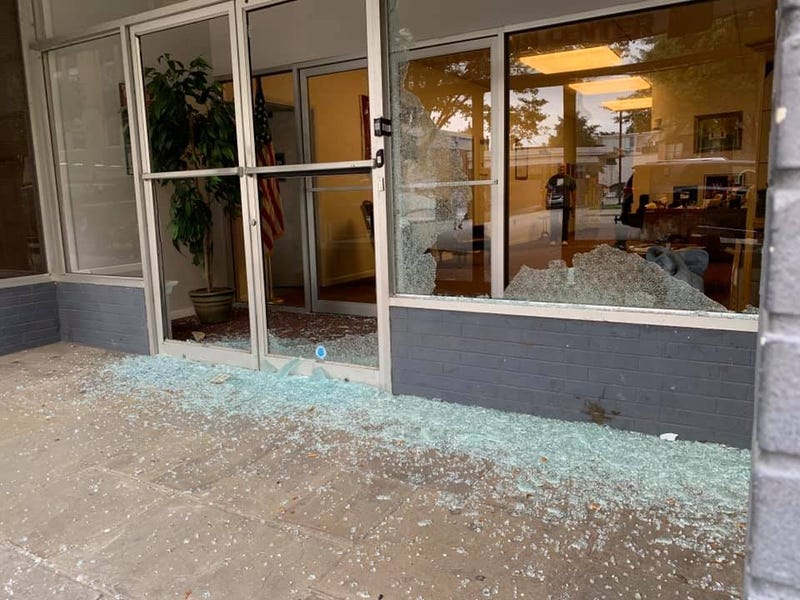 Richmond, VA _  The Republican Party of Virginia says its Richmond headquarters at 115 E. Grace Street was vandalized by protesters overnight Thursday into Friday.

“Under cover of darkness on Thursday night, the violent wave of crime that has infected Richmond for months struck again with a violent, cowardly, and unprovoked attack on the state headquarters of the Republican Party of Virginia (RPV). In prior months, these violent attacks on families and businesses in Virginia’s capital city have gone unchecked by Richmond Mayor Levar Stoney and Virginia Governor Ralph Northam, whose neglect enabled last night’s attack on the building that has been the home of millions of Virginia Republicans for four decades. While the damage to RPV Headquarters was limited to the glass frontage of the building, it was a clear attempt to induce a sense of terror in Virginia Republicans. On this day when we remember the cowardly attacks of 9/11, I call on Governor Northam, Mayor Stoney, and Democrat members of the General Assembly to condemn these cowardly acts of hate and violence. Virginia Republicans will now restore our headquarters—just as we now resume the fight to restore good government in Virginia, defeat extremist General Assembly Democrats in 2021, and repeal every destructive bills they passed in 2020.”

Richmond Mayor Levar Stoney responded on Twitter stating that "although I may not agree with this party’s stances, violence and vandalism have no place in this city. Destruction is not how we win arguments."

The RPV says this is the second time the windows have been vandalized this summer.  Richmond Police are investigating.