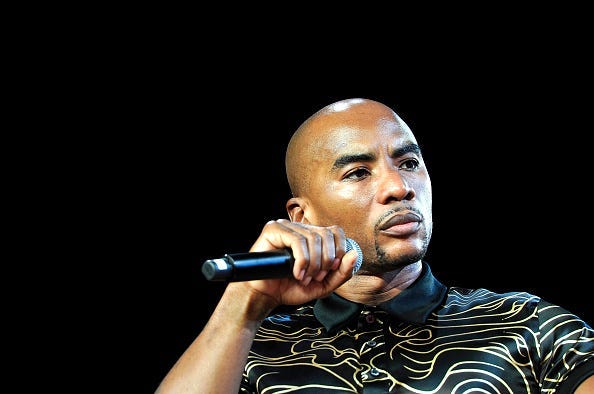 Speaking on Biden's speech in Philadelphia about the death of George Floyd, Charlamagne said, "He did very well today in Philadelphia, you know, he said a lot of things that I wanted to hear, and I know its dream selling season and politicians say what they need to in order to get elected, but I really enjoyed it. But I need some action like I need him to really lean into blackness now."

He continued, "To me, it’s like this; if Barack Obama was JFK, then Joe Biden needs to be Lyndon B. Johnson. You know, he has the opportunity to be as progressive as Lyndon B. Johnson. Lyndon B. Johnson may have been labeled a racist, but his record doesn't reflect that. LBJ's record showed that he had, like, the most effective progressive record on race and class of any Democratic president of the past 80 years. I think, you know, Biden's record in the Senate actually reflects very racist legislation, but he has a chance to correct that by doing right by black people."

"I know it's dream selling season and politicians say what they need to to get elected, but I really enjoyed it," says Charlamagne Tha God (@cthagod) on presidential candidate Joe Biden's speech today. "But I need some action. I need him to really lean into blackness now." pic.twitter.com/LLgwNHtmHv