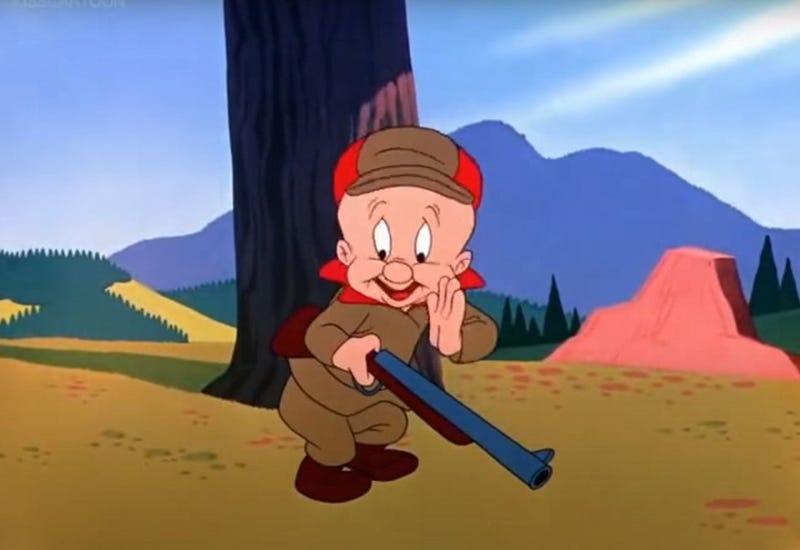 The show's executive producer and showrunner Peter Browngardt announced that while the show - "Looney Tunes Cartoons," which has debuted on HBO Max - will still depict Elmer Fudd as a violent character, he will carry a scythe instead of a gun. In addition, his acts of violence will stick to more outrageous depictions common to cartoons, such as dynamite, booby traps and dropping large objects on Bugs Bunny.

Browngardt told the New York Times, "We’re not doing guns, but we can do cartoony violence - TNT, the Acme stuff. All that was kind of grandfathered in."

This, of course, will be a deviation from the original series, in which Elmer Fudd carries a gun as he hunts "wabbits" and is constantly foiled by Bugs Bunny.

According to The Telegraph, the decision was taken in response to gun violence in the U.S., as many in the entertainment industry continue to make statements against the Second Amendment.