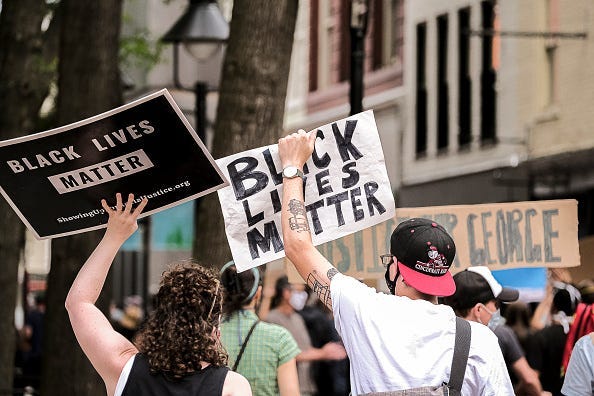 Mort Klein, president of the Zionist Organization of America (ZOA) said that "Jews are scared to death of Black Lives Matter."

During an interview with SiriusXM’s "Breitbart News Sunday," Klein ripped the organization as "anti-Israel and antisemitic" and noted the Marxist beliefs exhibited by the group.

"Black Lives Matter is not only anti-Israel and antisemitic," Klein told host Joel Pollak. "They're anti-American. They want to defund all the police, get rid of the entire U.S. military armamentarium, they want to have reparations to Iraq, Somalia, and Libya. They want to end capitalism. They publicly say they're trained Marxists. They've never condemned the riots, looting, or the killing and destruction in the last few weeks."

Klein added that the fear among the Jewish community is so real that "even right-wing Jewish groups groups have not attacked Black Lives Matter."

He also pointed out the attempts at appeasement of Black Lives Matter - particularly among Jewish people - saying that this premise is a key component of how the group operates.

"By defending Black Lives Matter as a group, (Jewish organizations) feel they'll be protected (and) that makes them secure," he said. "That's why so many synagogues have huge signs - 'Black Lives Matter' - thinking that’ll protect them. Appeasing evil groups like Black Lives Matter will only make things worse. They're sending a message that we’re scared to death and will embrace them, no matter what. You're only going to get more violence and terror."

He continued "Jews are scared to death of these blacks going after Jewish institutions and Jews. The last few months we've had blacks attacking Jews all over Brooklyn, Crown Heights, Jersey City, (and) Monsey. They've killed a number of Jews, and (Jews) are scared to death, and by saying nothing - and by appeasing Black Lives Matter with these statements of support - it will only make things worse."