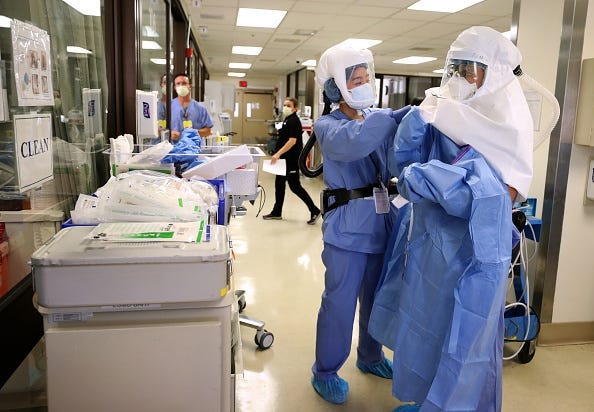 More than 600 doctors from around the United States signed and sent a letter to President Donald Trump urging him to put an end to the lockdown orders across the country, calling them a "mass casualty incident."

In the letter, obtained by Fox News, the doctors point out several unintended negative effects of prolonged lockdowns, such as patients missing check-ups that could detect serious illnesses, an increase in substance abuse and financial instability which could lead to poverty and a rapid decline in health.

"Millions of Americans are already (in critical condition)," they wrote. "These include 150,000 Americans per month who would have had a new cancer detected through routine screening that hasn't happened, millions who have missed routine dental care to fix problems strongly linked to heart disease/death, and preventable cases of stroke, heart attack, and child abuse. Suicide hotline phone calls have increased 600%."

They continued, "We are alarmed at what appears to be the lack of consideration for the future health of our patients. The downstream health effects ... are being massively under-estimated and under-reported. This is an order of magnitude error."