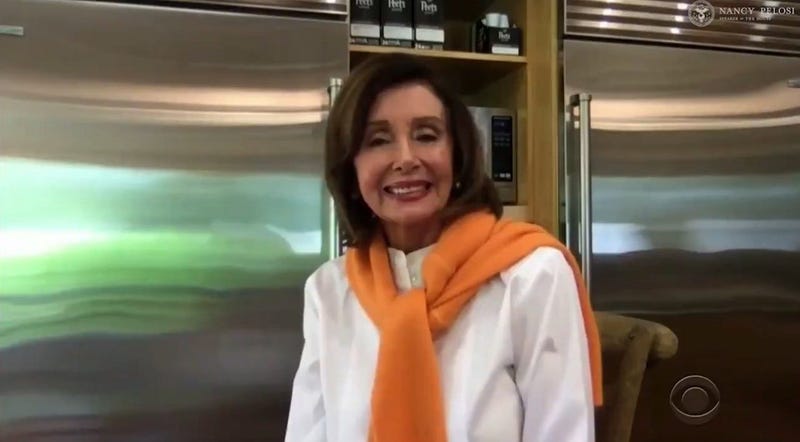 During her interview with host James Corden, Pelosi attempts to show the rest of country that she's getting through quarantine the way we all are: with a giant freezer full of expensive ice cream. In fact, as Trump campaign rapid response director Steve Guest noted, the speaker is "eating $13 dollar a pint ice cream out of her $24,000 fridge."

We all have found our ways to keep our spirits up during these trying times. Mine just happens to fill up my freezer. #LateLateShow pic.twitter.com/dqA32d5lU1

Yes, the same woman that won't allow small businesses to receive additional funding during this crisis is getting by with over-priced treats and a restaurant-style freezer.

Pelosi was subsequently mocked for her hypocrisy:

While Nancy Pelosi sits in her ivory tower in San Francisco, eating $13 dollar a pint ice cream out of her $24,000 fridge, she is cheering on Democrats for blocking coronavirus relief aid that has so far been distributed to 1.3 million small businesses that is about to run out. https://t.co/fvGoWSXXC9

Even the Republican National Committee weighed in on "Nancy Antoinette":

In the midst of a pandemic, Nancy Pelosi has been more concerned about furthering her far left political agenda than funding a program that has so far given 1.6 million small businesses an average of $207,000 to keep their workers employed.https://t.co/mApdKPfLNh