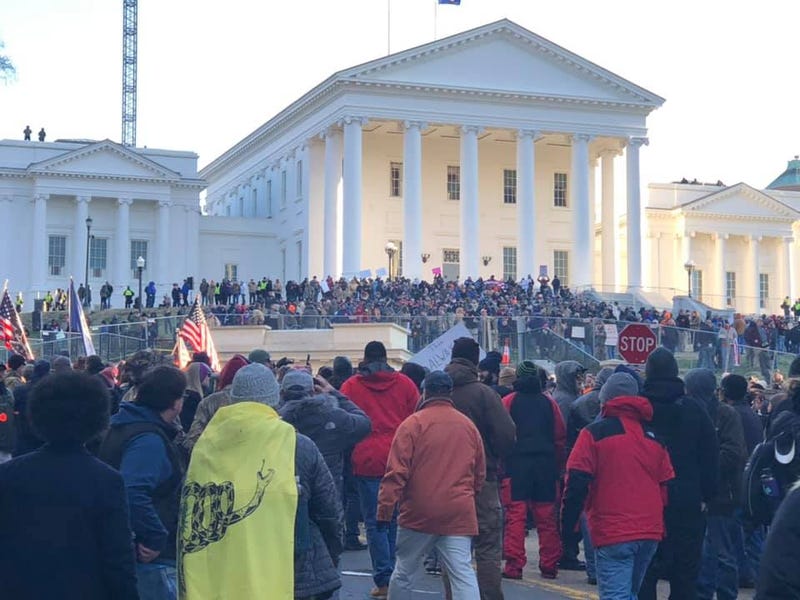 Despite the Second Amendment rally in Richmond having absolutely no violent incidents and only one minor arrest, the "real" reporters of the mainstream media made sure to invole the infamous Charlottesville rally in 2017 in their evening news.

NBC also used photos and video of a brawl in Charlottesville in their report.

ABC's World News Tonight joined in, beginning with, "...to that state of emergency in Virginia, as thousands gathered for a gun rights rally in Richmond. Weapons were banned from the rally site. People closely screened as they passed through a single entrance. On the other side of the fence, many heavily armed."
Videos of Charlottesville were also used in ABC's broadcast, but with little to mention that there was no violence during the rally.