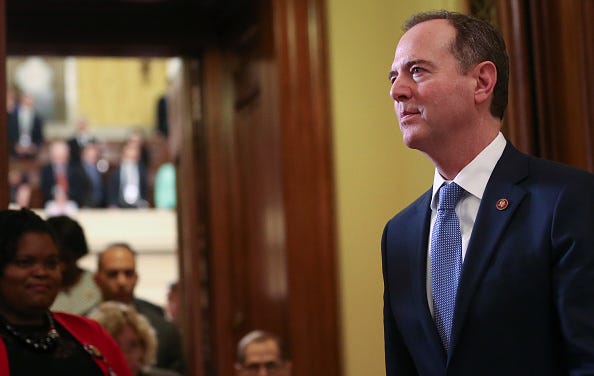 According to a report from Fox News, the documents reveal that "top law enforcement and intelligence officials" specifically told Schiff's committee that they found no evidence that the Trump campaign colluded with Russia during the 2016 election.

A top Trump administration official is now telling Fox News that Schiff "is in panic mode" because the transcripts show he was lying when he repeatedly said there was "direct evidence" of collusion.

Acting Director of National Intelligence Richard Grenell informed Schiff in a letter sent on Monday that the documents - which include all the transcripts of the 53 interviews conducted by the committee totaling more than 6,000 pages - were cleared for release.