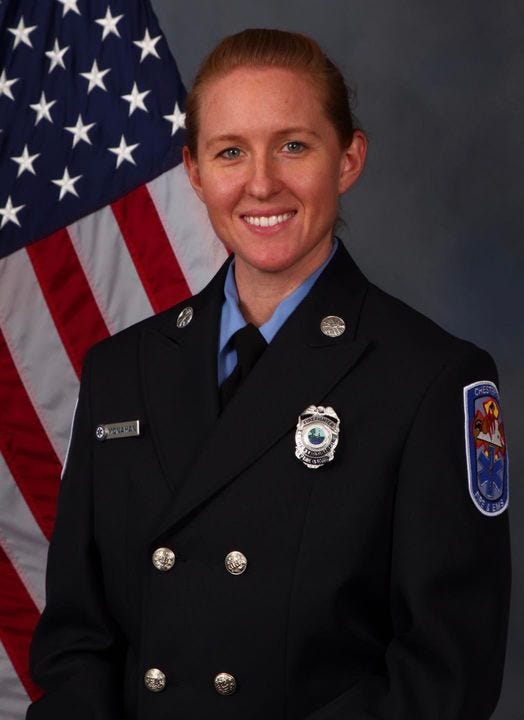 Chesterfield, Va. (NewsradioWRVA.com) - Chesterfield Fire and EMS spoke publicly for the first time on Wednesday since the Saturday death of Alicia Monahan in North Carolina. Specifics of what happened are still not clear.

Chief Senter says while training Fire and EMS on swift-water rescue techniques, she was demonstrating a technique she had done many times before and, for reasons still unknown, she stopped swimming and was face down in the river. He says this happened approximately 2:30 Saturday afternoon, but even that timeline is not very clear.

Monahan was assigned to the Clover Hill Fire Station and, during her 11 years, was honored with a number of awards. She was also a licensed dog trainer. Senter says that Monahan was a part of the Chesterfield.

Monahan leaves behind two teenage sons and a fiancé.