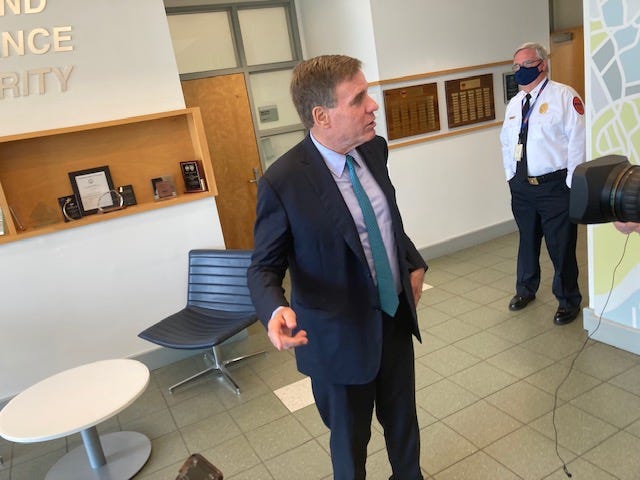 Richmond, Va. (NewsradioWRVA.com) - Senator Mark Warner says the cyberattack on the state legislative services that was reported in the middle of December could have been a lot worse had it not been for the efforts of a state employee. Warner says the issues actually stem back to March of 2021. A backup system was put in and that state employee went in on a Sunday before the attack was reported and found some defenses breaking down.

All in all, Senator Warner says it shows the problem is bigger than we realize and something needs to be done about it. He says he's introduced various pieces of legislation to bolster cyber defenses, including making it mandatory that attacks be reported. Right now, reporting attacks is only voluntary. It's bi-partisan legislation that he says will become law within a couple months.

Warner would not disclose how much money or what else may have been asked in the cyberattack or who was responsible. He says say it does seem like a sophisticated "foreign interest" that was deliberately planning to disrupt government, though he has no evidence of that. He says it's much more easy for hackers to do this than use military might to attack.